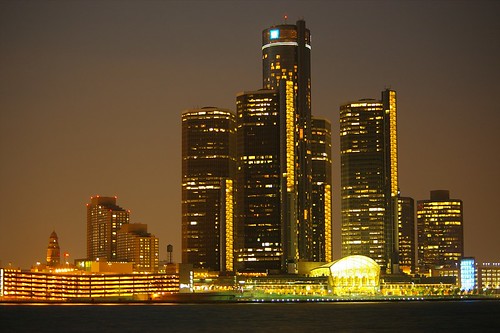 The submission period for the “Make the Play for Healthy Habits” kid video contest is now closed, with dozens of entries submitted from across the state. Readers can vote for their favorite finalists for two weeks starting April 11 on A Healthier Michigan. The winner, to be announced in early May, gets a school assembly with Detroit Lions quarterback Matthew Stafford and an opportunity to be a featured guest blogger.

Grace Derocha, a blogger on A Healthier Michigan and Blue Cross registered dietitian, takes her portion-control suitcase to the airwaves Friday to talk serving sizes and how to “live green” with fruits and vegetables. She touts health benefits including reduced blood pressure, weight loss and maintenance and more on Fox 2 News Friday during the 10 a.m. hour.

The April installment of The Healthier Michigan Radio Show examines the simple yet effective health benefits of walking. Host Ann Thomas interviews guests Jodi Davis, BCBSM’s walking advocate and blogger, and Blues health coach and blogger Angela Jenkins. The episode airs at 7 p.m. Tuesday, April 3 on both WJR-AM and WJIM-AM in Lansing. It’s also available for listening online or as a podcast.

In Case You Missed It…

BCBSM is sponsoring an encore season of “Ernie” the play May 3 through July 28 at City Theater in Detroit. Written by media personality Mitch Albom, the play celebrates the life of legendary former Detroit Tigers broadcaster Ernie Harwell, who also served as a health and fitness advocate for the Blues.

BluesWeek is a weekly snapshot of initiatives, events and other newsworthy tidbits under way at BCBSM.