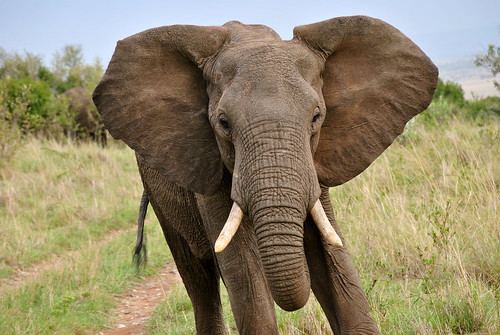 Participants in the first six rounds of Win By Losing have lost the equivalent weight of three elephants.

Participants in the first six rounds of Win By Losing have lost the equivalent weight of three elephants.

Since fall of 2009, the Win by Losing weight-loss challenge has proven to be an effective and life-changing program for BCBSM members who participate. Throughout the six rounds held to date, participants from Blue Cross customer groups across the state have collectively lost more than 40,000 pounds — the weight equivalent of three elephants.

In round six, teams lost more than 11,300 pounds. TGI Direct, last year’s back-to-back winner, once again earned their bragging rights and this year, a few new companies earned theirs. Round six winners are:

Throughout this nine-week program, Blue Cross provides participating groups with weekly motivation via email and free tools on bcbsm.com/yourhealth that are available for anyone’s use. Tools include wellness videos, meal plans, diet and exercise tips, and much more.

Round seven kicks off in August 2012. Visit bcbsm.com/yourhealth or email [email protected] for more information.

Try our resource finder to quickly see how we can help you in your search for the best possible benefits package. Click here to begin.