Blue Cross Blue Shield of Michigan has been named to a pair of “best places to work” lists, while Accident Fund Insurance Co. of America, a workers compensation subsidiary, was tops in its category for “cool places to work in Michigan.”

Blue Cross appeared on the National 101 Best and Brightest Companies to Work For list compiled by the Warren-based National Association for Business Resources. Other winners from Michigan include Henry Ford Health System, ePrize LLC and Plex Systems Inc.

Meanwhile, Accident Fund placed first among companies with at least 250 employees in the Crain’s Detroit Business 2012 Cool Places to Work in Michigan competition. BCBSM ranked 12th on the same list, marking the second consecutive year it has appeared on both lists.

“The fact that BCBSM has been honored with both awards two years in a row is a real tribute to the company and will help us recruit top candidates to be part of our work force,” said Cathy Goheen, vice president of Human Resources at BCBSM. 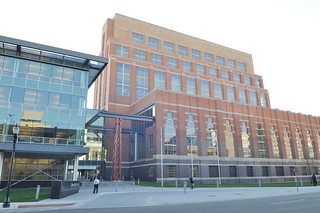 In the Crain’s competition, Accident Fund was cited for its flexible work environment and its wellness, community service and educational reimbursement programs for employees. “It’s easy for companies to talk about this kind of stuff,” company President Mike Britt told the publication. “We spend time on it and deliver on it.”

Blue Cross was recognized for things like free passes to the People Mover and financial incentives for employees who participate in the Live Downtown program and move to or remain in Detroit.

by Sven Gustafson
Topics: For You, Blue Cross Careers