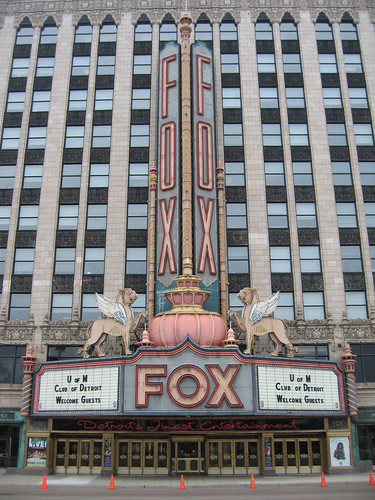 Mike Ilitch’s proposal for a $650 million mixed-use commercial district, including a new multi-purpose arena for the Detroit Red Wings, should put it in bold for the world to see: We’re witnessing the unfolding of a remarkable and exciting era in the redevelopment of downtown Detroit.

According to reports, the multipurpose arena would anchor a 35-acre designed development that includes residential housing, office space, retail and more. It would breathe new life into any one of several speculated areas marked by abandonment just outside of downtown.

While details are limited at this time, and there is no doubt a long way to go on a project of this magnitude and complexity before shovels break ground, you have to consider who’s proposing it. Mike Ilitch’s record speaks for itself.

Ilitch, who also owns the Detroit Tigers, Little Ceasars Pizza, Olympia Entertainment and numerous other ventures, has a long history of dreaming—and doing—big. He bought the struggling Fox Theater in 1987 at a time when few saw Detroit as a good investment, restored it to its former glory, then moved his business upstairs from it two years later. Today the Fox is a world-class venue for concerts and theater productions and one of Detroit’s architectural jewels.

He built Comerica Park, one of the finest venues in all of baseball, and played a big role in getting the Detroit Lions to relocate next door at Ford Field. Once an ailing franchise, the Red Wings have set the standard for excellence and won four Stanley Cup trophies under his ownership. Last year Ilitch shocked baseball by bringing superstar slugger Prince Fielder to Detroit as part of his stated aim to win a World Series.

“It’s always been my dream to once again see a vibrant downtown Detroit,” Ilitch said in a release announcing the new plans. “From the time we bought the Fox Theatre, I could envision a downtown where the streets were bustling and people were energized. It’s been a slow process at times, but we’re getting there now, and a lot of great people are coming together to make it happen. It’s going to happen, and I want to keep us moving toward that vision.”

Indeed, the momentum and critical mass sweeping the central city can be traced to Ilitch’s vision and leadership. In a sense, we’re all just following in his footsteps. You can trace a direct line from Ilitch’s moves in the dark days of the late ‘80s through to General Motors’ move to the RenCen in the 1990s, Compuware’s move downtown in 2002, the subsequent opening of Detroit’s Campus Martius Park in 2004, the Blues’ own consolidation to a centralized downtown Detroit campus earlier this year and Dan Gilbert’s building-buying spree and Detroit-centered venture capitalism.

The plan marks the second leg of redeveloping downtown Detroit, along with Quicken Loans Inc. Chairman Dan Gilbert’s recent purchase of 10 office buildings, which has sparked a need for retail and residential housing in downtown, as The Detroit News paraphrased Fred Liesveld, a managing director with commercial real estate firm Newmark Grubb Knight Frank in Southfield.

It’s going to be exciting to watch this proposal—part of which has already cleared the state Senate—move forward.

Daniel J. Loepp is president and chief executive of Blue Cross Blue Shield of Michigan and chairman of the Executive Committee of the Downtown Detroit Partnership.