For You, Community, Southeast Michigan 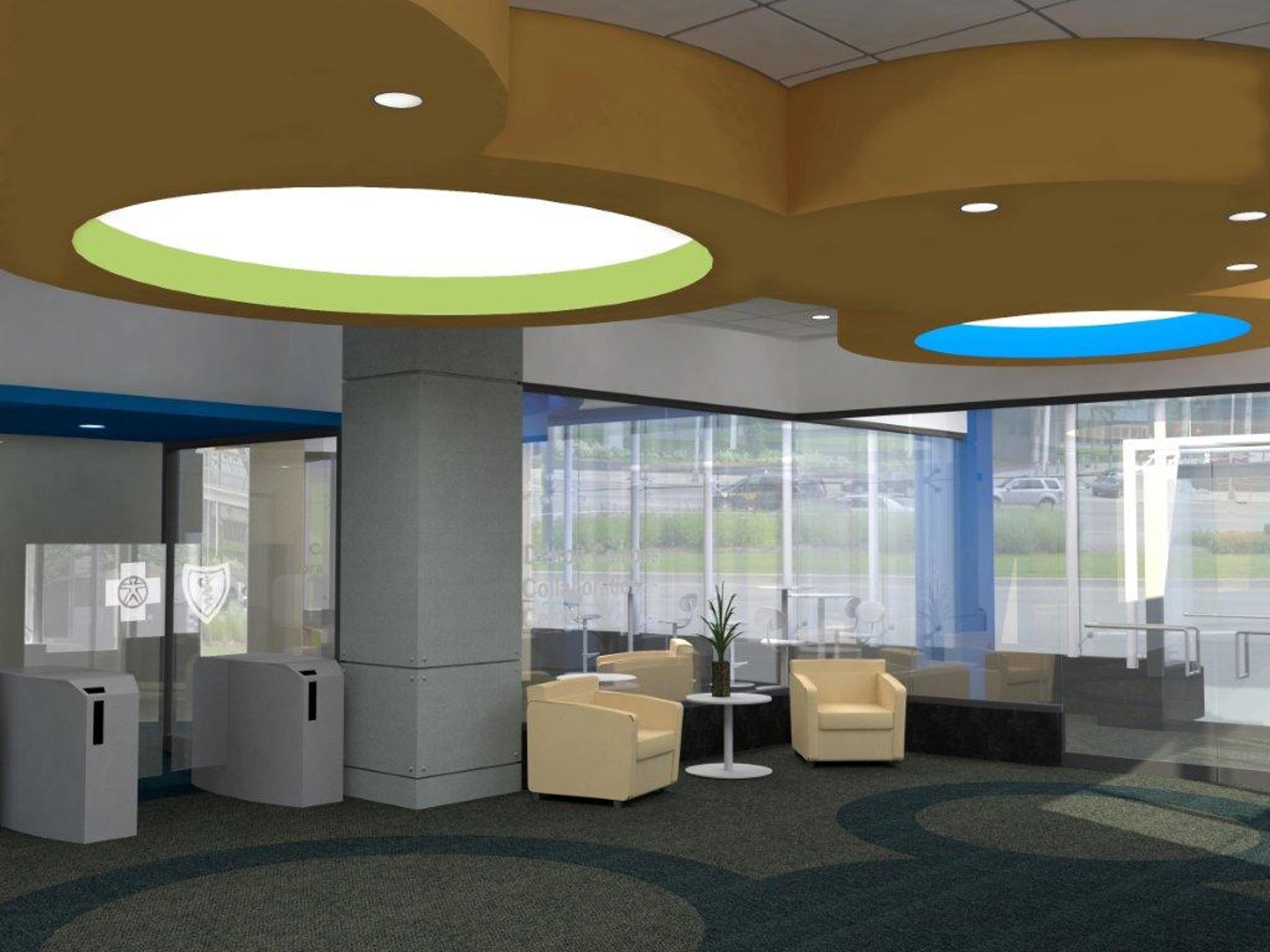 Blue Cross Blue Shield of Michigan will give its Jefferson Avenue office building a 21st century facelift as part of ongoing efforts to create a collaborative, interactive corporate campus in downtown Detroit. The company plans a comprehensive makeover of the first floor and entrance of the Jefferson Building, located at the corner of Jefferson Avenue and Beaubien Street. The renovations will strengthen the building’s identity within the Blues’ downtown campus, enhance security and promote employee wellness and interaction. “We see the Jefferson Building becoming the hub that unites our downtown Detroit campus,” said Tricia Keith, vice president, Corporate Secretary and Services. “While it will improve our visibility and create a more inviting street-level experience, it will also serve as a fun and functional place for employees to meet, learn and collaborate.” Among the new features planned:
The upgrades will add to recently completed improvements to the entrance of the Renaissance Center Towers 500 and 600. The Blues are renovating office space in the two towers to relocate 3,000 employees from the suburbs. Blue Cross originally purchased the building at 441 E. Jefferson in 1950, conducted extensive renovations — including adding two floors — and took occupancy in 1954. In 1979, the company gave it a modern glass facade and updated it with HVAC and electrical systems.
"The attached parking structure was built in the mid '90s and throughout the years we have made continuous improvements to the facility to keep it modern by replacing obsolete infrastructure and finishes," said Ray Warner, director, Facility and Support Services. Renovation work has already begun and is scheduled to wrap up in mid-2012.