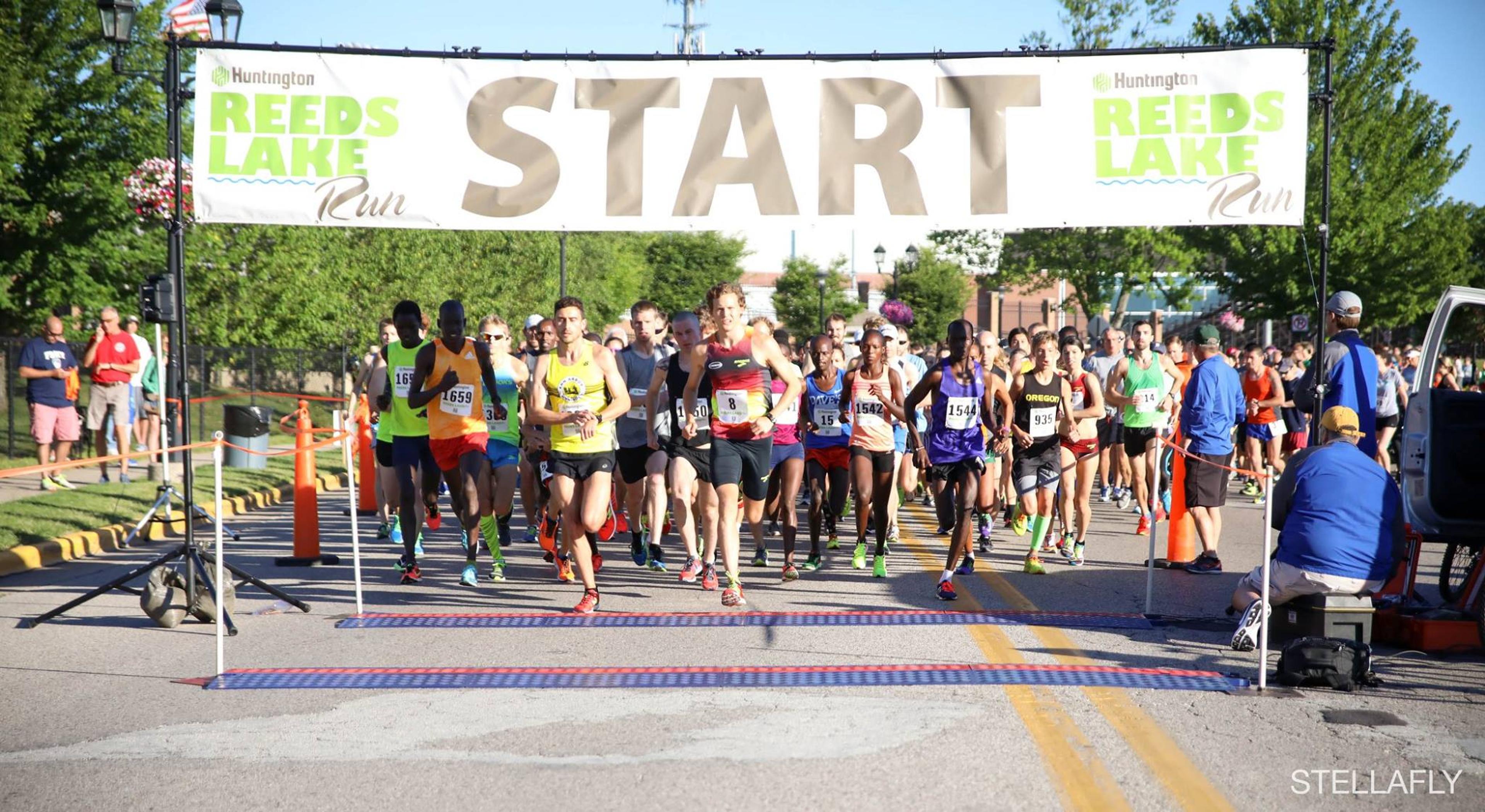 Steve Peabody has been an avid runner for about as long as the Reed’s Lake Run has been in existence. He’s excited to complete his 32nd year on the scenic course this Saturday, just as the run itself celebrates 40 years of bringing runners together in East Grand Rapids. “I’ve been running my whole life, so this is kind of my 40th anniversary of running,” he said. “Not too many races have been around for 40 years.”
Steve Peabody still owns the race T-shirt he received from the 1987 Reed's Lake Run, the first year he ran it. Peabody will complete his 32nd running of the race, which is celebrating 40 years in East Grand Rapids. (courtesy photo) The 55-year-old Blue Care Network member lives in Belding and works in building services at Sheridan Community Hospital. He said the Reed’s Lake Run is one of those races he looks forward to every year and always makes sure it has a place on his running schedule. Blue Cross Blue Shield of Michigan and Blue Care Network are sponsors of this year's race. Race director Susan Perry said the race was established in 1978 when running wasn’t as widely viewed as a recreational sport. She said participants enjoy running around Reed’s Lake and that the tradition and history of the event keeps people coming back year after year. As assistant director for the City of East Grand Rapids’ Parks and Recreation Department, Perry said city-sponsored runs are just one way the municipality encourages and promotes health in the community. “We try to create healthy lifestyles for the whole family,” she said.
(courtesy photo) Over the years, that’s meant expanding race offerings to encourage more people to participate, including a run for people and their four-legged family members plus a handcycle division. This year’s lineup includes: • Kids’ races ranging from a 100-yard dash to a one-mile run • Shaggy Pines Doggie Dash • 5K Run & Walk • 10K Run As part of the race’s 40th year celebrations, Perry plans to serve cake at Friday night’s packet pick-up at East Grand Rapids Middle School and everyone who finishes a race will receive a medal – even the kids! Normally, medals are only distributed to the top three finishers in each race, so this year will be special for those who enjoy racing hardware.
Everyone will get a medal at the 40th running of the Reed's Lake Run. As the race matures, so do the people who run it, including Peabody. He’s in a new age bracket this year and hopes that will improve his odds of placing in his age group. His goal is to break 20 minutes in the 5K. Peabody says he enjoys the social aspects of running and has made many friends over the course of his 40-year running journey. He encourages others to pick up the sport, no matter where they’re starting from in terms of fitness level. “Don’t worry about being fast, slow, middle of the pack … it doesn’t matter as long as you’re out there,” Peabody said. “I never thought I’d be running for 40 years, but here we are today.” If you enjoyed this post, you might also like:
Main image courtesy of Reed's Lake Run Medal images photo credit: Julie Bitely