For You, Children's Health, Community, #MIKidsCan 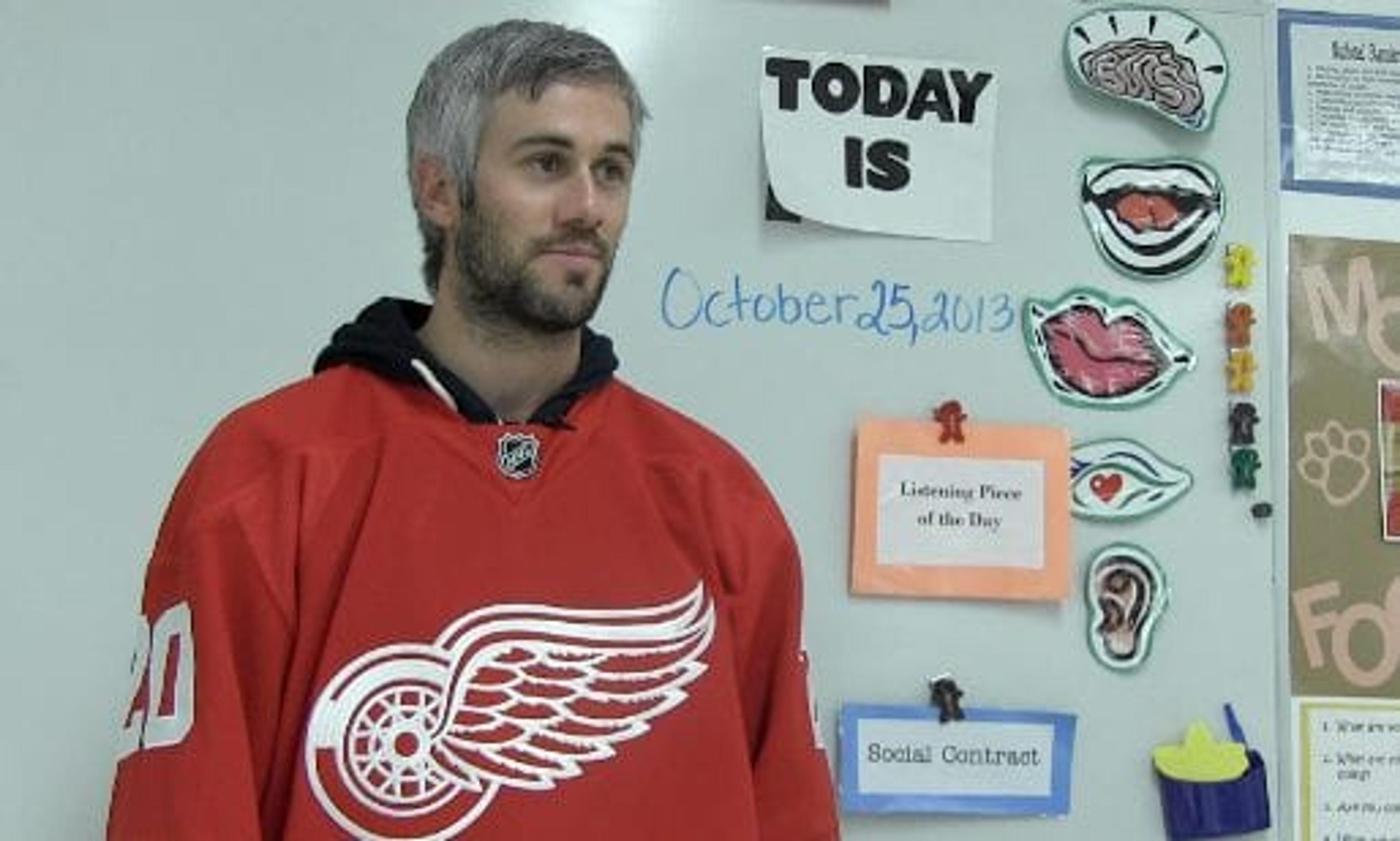 Back on Friday, October 25, Blue Cross Blue Shield of Michigan, Kroger, and the Detroit Red Wings Foundation teamed up as part of the Detroit Red Wings School Assembly Program to promote the sport of hockey, healthy living and eating, and their anti-bullying campaign at Canton Charter Academy's school gymnasium.
Detroit Red Wings' forward Drew Miller was part of the visit as he spoke to more than 750 elementary school students about what it takes to set and achieve goals, and how being healthy both mentally and physically are essential to his success as a professional athlete. http://www.youtube.com/watch?v=LAHoeGrjjHQ Canton Charter Academy, as well as every school participating in the School Assembly Program, received Red Wings school folders and two full sets of floor hockey equipment complete with hockey sticks and nets. Blue Cross Blue Shield of Michigan provided a life-sized growth poster featuring Red Wings' defenseman Brendan Smith, while Kroger provided a healthy eating cookbook. Some students were even able to test out some of the new floor hockey equipment as the assembly concluded with a student-teacher shootout in which the children won. This season, the Red Wings School Assembly Team plans to make 115 appearances. The most up-to-date schedule can be found at www.DetroitRedWings.com/schoolassemblyschedule.