“I Believe You”: Miss Michigan Speaking Out on Sexual Violence 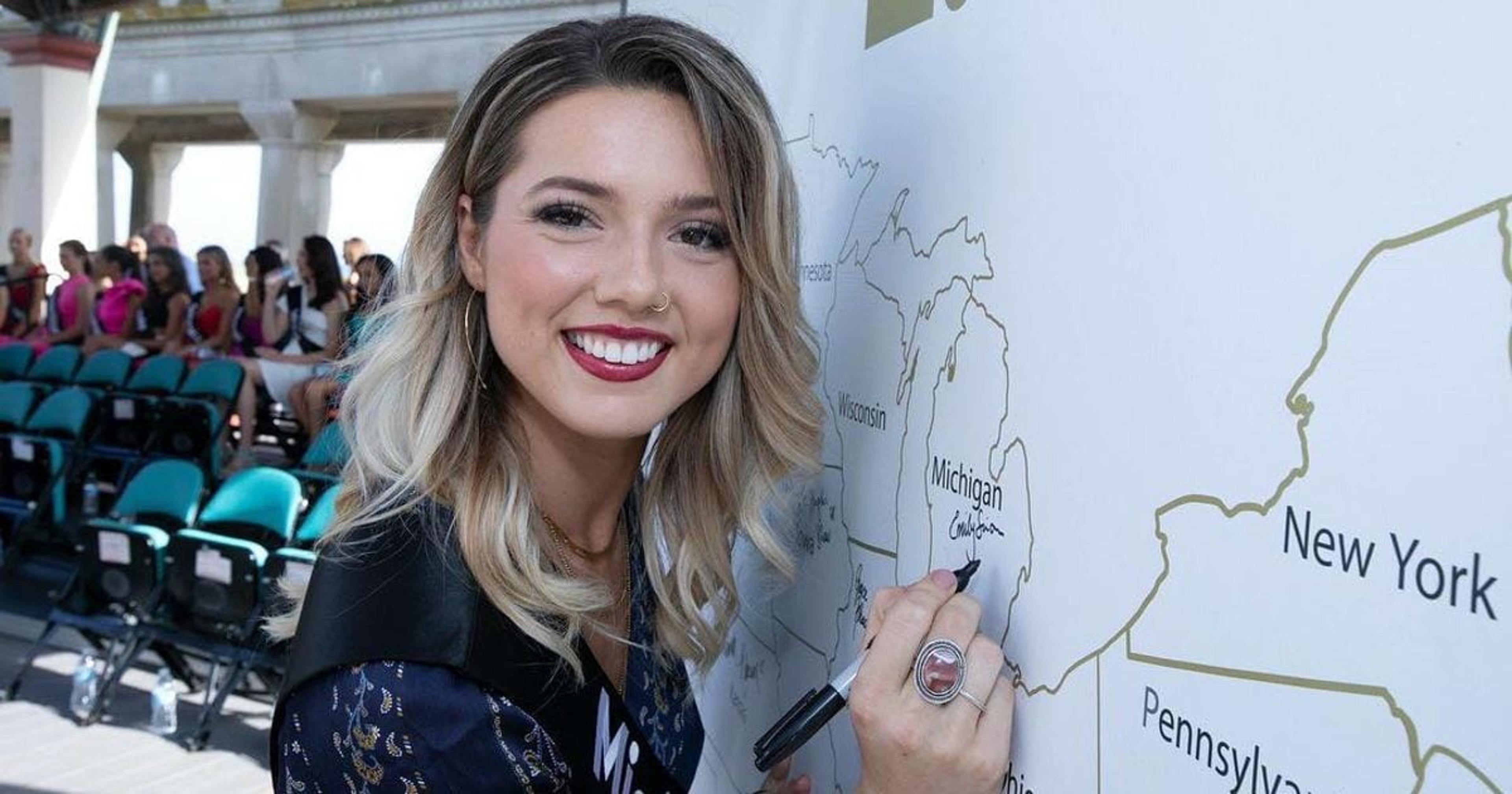 With the #MeToo movement gaining national prominence and attention, women and men who have been victims of sexual assault are learning they are not alone. They’re watching some big-name perpetrators be held to account, but Miss Michigan Emily Sioma wants more. She wants the rates of sexual violence, which annually impact 321,500 victims in the United States, to decrease. “While it’s important that we are finding justice for those who have already been victims, for me I will find a lot to celebrate in preventing sexual assault from happening in the future,” Sioma said. The 2018 title holder is bringing her social impact initiative of supporting survivors of sexual violence to many events this April as part of Sexual Assault Awareness Month. Blue Cross Blue Shield of Michigan sponsored her appearance on Thursday, April 11 on behalf of the Women’s Resource Center for the Grand Traverse Area. Sioma shared her personal journey as a sexual assault survivor to raise awareness of the issue and encourage other survivors to be proud of their recovery journey.
When she graduated the University of Michigan as a women's studies major, Sioma's cap had a dual message of "I survived". For Sioma, who was sexually assaulted while she was a student at the University of Michigan in 2013, there was no clear path forward after her assault. As a women’s studies major, she knew how victims could be treated when they come forward. “It’s very different from any other crime,” she said. “It’s much more personal, there’s more shame and there’s a sense that maybe if you would have made different decisions, it wouldn’t have happened. We don’t see those sentiments being shared with other victims of crimes.” She opted out of pursuing legal action knowing that she would likely be re-victimized through the process and justice would be unlikely. Out of every 1,000 rapes, 995 perpetrators will walk free. Fortunately, Sioma had a strong family support system and a supportive group of friends to turn to. She also discovered the university’s Sexual Assault Prevention and Awareness Center’s Survivor Share and Speak Out events, which she attended. The sharing sessions encourage victims of sexual violence to give voice to their experiences in a supportive environment. Sioma said listening to others who had gone through what she had gave her words to describe it and bolstered her spirit as she received support and belief when she shared her own story. “It gave me much more confidence in my voice. This is what happened to me and I know it,” she said.
Sioma is using her platform as Miss Michigan 2018 to give voice to survivors of sexual violence. She hopes her platform as Miss Michigan can help others realize they aren’t alone and there are supportive survivors and others who will believe them if they choose to come forward. “There are so many women who haven’t shared their story yet because of fear that no one will believe them,” Sioma said. Sioma is promoting a framework for community conversations around sexual assault. She said to prevent sexual violence, communities need to be engaged. Families, schools, churches and other community organizations need to come together to better address the issue, Sioma said. “They need to be community-based conversations,” she said. “These assaults are happening in our own communities.” Identifying how survivors are treated when they disclose to medical professionals and law enforcement officers is a first step. Individuals also need to look in the mirror to determine how they’re potentially undermining survivors, perhaps unintentionally by the way they’re talking about others who have come forward. Sioma explained that victims of sexual assault aren’t likely to share their story with someone who has been dismissive of others or with agencies known to be dismissive. “Survivors are watching, and survivors are listening,” she said. Communities need to inventory the resources that exist in the local community and how they can fill in gaps with state and national resources. Identifying gaps in education or support for different survivor groups is also important, Sioma said. She hopes that by asking these questions, communities will then put an action plan in place to do better in supporting victims of sexual violence. “How do we take these questions and turn them into an opportunity for communities to interact with them,” she asked. Additional Statistics on Sexual Violence
Source: RAINN (Rape, Abuse & Incest National Network) If you found this post helpful, you might also like:
All photos courtesy of Emily Sioma