In MSU vs. U of M Match-Up, Local Food Banks are Big Winners 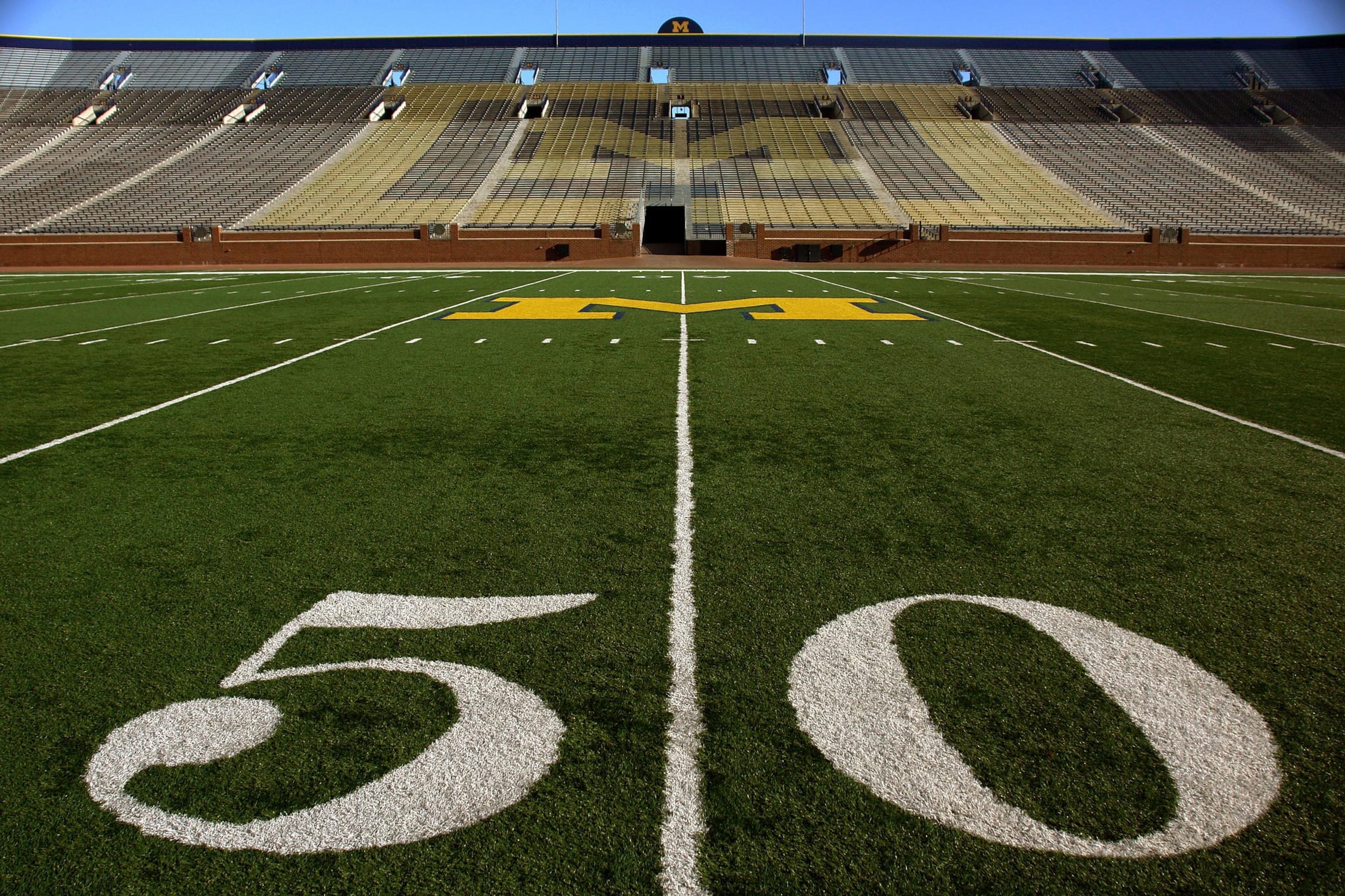 Will you be watching the University of Michigan Wolverines take on the Michigan State University Spartans this weekend? The heated state rivalry will give fans of one team bragging rights galore after the game, but a different competition surrounding the two teams will mean a big donation at local food banks. For the past two weeks, employees at the Blue Cross Blue Shield of Michigan (BCBSM) Lansing, Marquette, and Traverse City offices have been collecting food and shopping on behalf of their favorite teams in a different sort of ‘food fight’. The result is a very spirited workplace competition and a huge incentive to donate as much as possible to show team spirit and loyalty. “Nobody wants their side to lose – the football game or the food drive,” said Amanda Fitz, a Subrogation Analyst in the Lansing office. Fitz recently married husband Brian Seymour, an MSU graduate. As season ticket holders, the couple goes to a lot of games, but this weekend’s contest takes place during their honeymoon. Before booking their trip, they made sure they’d be able to watch the game at their Jamaican resort. They’ll be cheering on the Spartans at a swim-up bar. While the Lansing, Marquette, and Traverse City offices participate in the MSU vs. U of M food fight through today, a statewide food drive starts at all BCBSM and BCN offices November 2 through Dec. 4. Last year, 15,553 items were collected statewide and donated to local food pantries.
Customer Service Representative Bill Knight also works in the Lansing office, but is in the minority as a maize and blue supporter. This is Knight’s second year serving as floor captain for the food drive. Each floor’s captain serves as an official trash talker, rallying the troops and pitting Spartan against Wolverine, floor against floor. “I want Michigan to win in the food drive, but I want our floor to win above all else,” Knight explained. No matter who wins the game, Knight loves the fact that team spirit motivates his fellow employees to give as much as they can. As of two days ago, Knight’s floor had collected almost 800 food items and that’s before the typical end-of-week push that conveniently falls during a pay day this year. “In the end, the food is the ultimate goal,” he said. Cindy Durand is a Support Clerk in the Marquette office. She’s an ardent MSU supporter, sometimes drawing Sparty on her U of M-supporting work friend’s cubicle whiteboard. Her daughter graduated from MSU and Durand has fond memories of making the six-hour drive to visit the beautiful, ivy-covered campus. She’ll watch Saturday’s game at home, while her daughter, now living in Chicago, will continue an annual tradition, watching at a special bar that caters specifically to MSU alumni.
“The annual MSU/U of M game just gets in your blood,” Durand said. “No matter which team you root for, it’s a game filled with exciting plays, huge disappointments, last-minute miracle plays, and just a true love of the game. Even if we suffer a loss, I will always love the Spartans and feel such pride and emotion for them.” Dan Marvin is an Account Manager in the Traverse City office and an MSU alum. He said team pride always makes the food drive a bigger priority. “It always makes things more interesting,” he said. “This year is definitely shaping up to be an exciting game for both sides, which has translated into even more excitement surrounding the food drive.” Marvin said the food drive is just one more way BCBSM steps up as a community partner. “I love working for an organization that does so much to partner with our local communities,” he said. “The fact that we can be a community leader and a positive example of the impact businesses can have on their local communities is extremely important to me.” As for why the game is so important to both sides, Marvin sums it up perfectly: “For me, MSU played a very large role in my personal development and made me who I am today,” he explained. “I am sure others have had similar positive experiences at their alma maters and this lifelong connection definitely makes it more than just a game.” Heading to the game on Saturday? Make sure to check out the Blue Cross #MIKidsCan Zone, which offers little ones a chance to “get it out of their system” before the big game. The zone features inflatable slides, football tosses and more and is located at Ann Arbor Pioneer High School. Activities are available from 12:30 to 3:30 p.m. If you liked this post, you might also enjoy:
Main image photo credit: Andrew Hart Photos in story body are courtesy photos