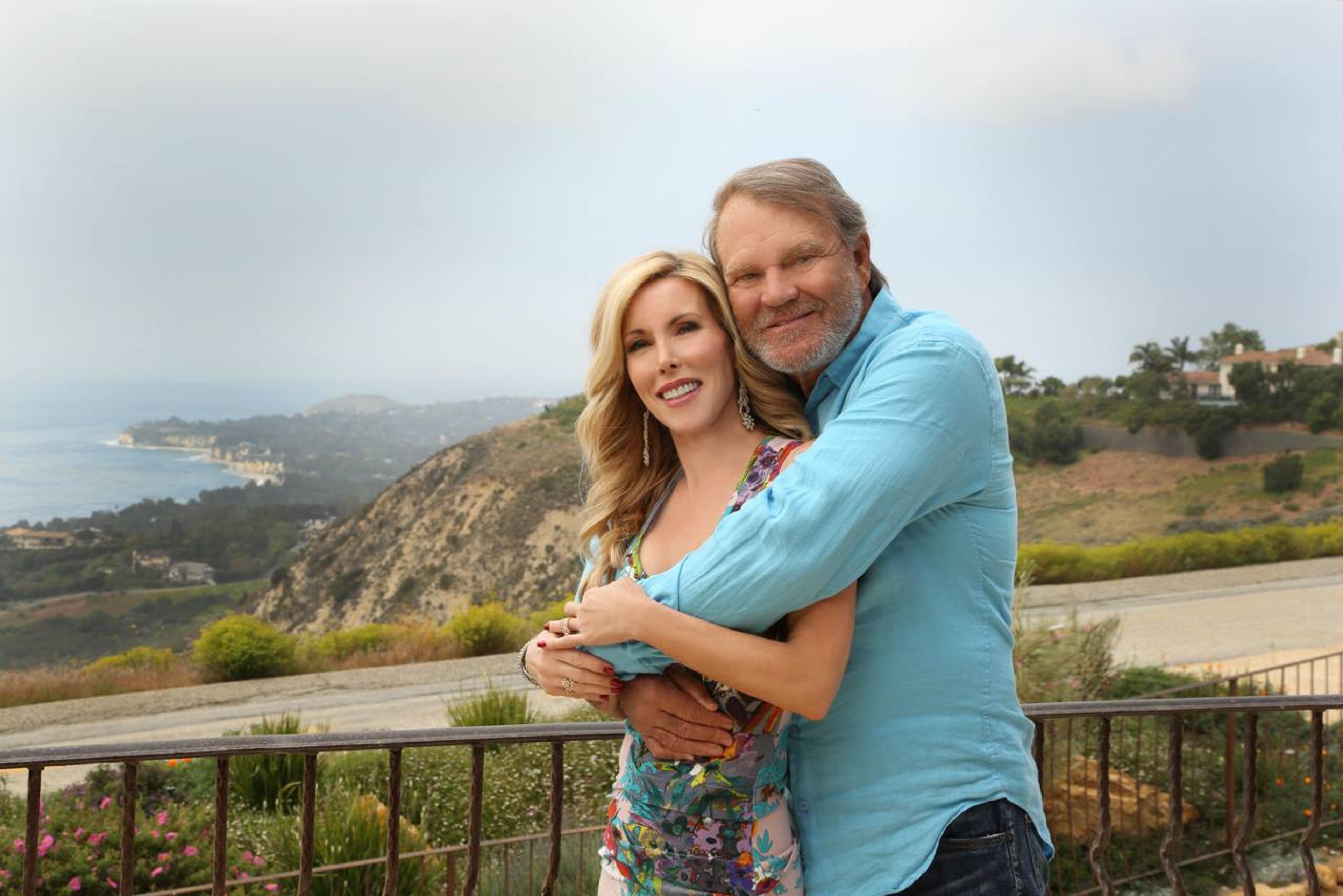 It’s been more than a year since beloved singer and songwriter Glen Campbell died due to Alzheimer’s disease. His wife, Kim, misses him every day. She advocates for Alzheimer’s research funding in his memory and is on a mission to spread hope and help to those caring for loved ones with the debilitating disease. She tries to stay focused on the positive.
Kim Campbell “It’s really sad to lose your loved one to this disease, but you have to make the best of each day,” she said. Campbell will be the keynote speaker at the Dementia & Alzheimer’s Resource Committee of St. Clair County’s upcoming Caregiver Expo. The daylong event takes place on Friday, Nov. 9 at the Blue Water Convention Center in Port Huron. Along with Campbell, vendors will be on-site, and many breakout sessions are planned, covering a wide variety of topics related to caregiving. Blue Cross Blue Shield of Michigan and Blue Care Network are sponsors of the event.

Before Glen Campbell’s diagnosis in 2011, Kim Campbell said she noticed her husband doing and saying things that were “quirky”. There was the day she told him he could find something in the garage and he looked back at her blankly, asking what a garage was. There were also elements of depression and anxiety creeping in, along with slight behavior changes.
Kim and Glen Campbell “He was still the same man I married, for sure, but he became very focused on me and clingy – he didn’t want me out of his sight,” she said. Once they had the diagnosis, it explained some of the changes and helped Kim Campbell overcome frustration she’d been feeling when she didn’t realize why her husband was behaving differently. Knowing that he was struggling with his memory allowed her to cultivate more compassion and understanding in their interactions. She encourages anyone who suspects that a loved one’s memory lapses might be more serious than just normal slips to schedule a doctor’s appointment. “I think an early diagnosis is so important,” she said. As Glen Campbell’s disease progressed, the “real caregiving” kicked in. Kim Campbell helped her husband with most aspects of his day – bathing, getting dressed, brushing his teeth and more. Toward the very end of his time at home, Glen Campbell had trouble communicating verbally and could become agitated and physically combative. Seeing the man she loved slipping away was hard. “That’s heartbreaking,” she said. “There’s no getting around that.” Like many caregivers, she became depressed. Many spouses become second, forgotten victims of the disease, Kim Campbell explained. “Their own health begins to fail in many cases because they neglect themselves,” she said. A doctor’s concern that she was still providing caregiving at her home prompted her to seek advice from a social worker. She was introduced to the concept of a specialized memory care community, which eventually became Glen Campbell’s home. His needs were met, and Kim Campbell was able to better take care of herself. Instead of caregiver and patient, they could focus their time together on being husband and wife. She said Glen Campbell flourished in the community, enjoying time spent in the gardens and courtyard. He was calmer and more content than he’d been at home, where he’d seemed agitated and wandered all the time, Kim Campbell explained. Her adult children, who were also heavily involved in caregiving, were able to regain some of their independence as well. Kim Campbell said for her family, full-time community care was the right choice. “Every person with Alzheimer’s is unique, every family’s situation is unique. It’s just great that there are so many wonderful options available,” she said.

Helping other caregivers through their journey

Connecting to others going through the same experiences played an important role for Kim Campbell as she helped her husband and dealt with the reality of losing someone to Alzheimer’s. She encourages spouses and family members of people with dementia or Alzheimer’s to find local support groups and resources. Avoid isolation, she urges, saying caregivers need help from family, friends, faith communities – wherever they can get it. “You can’t do this alone, you shouldn’t do this alone and you shouldn’t feel guilty or ashamed that you can’t do it alone,” she said. Maintaining friendships and hobbies are also important mental health steps for caregivers to take, Kim Campbell said. She maintained her love of dance by continuing to take classes and made sure to regularly connect with friends. A blog, CareLiving.org, helped her find a way to spread positivity and joy through her journey and to be a resource to others. “It’s a hard journey, but there are blessings to be found along the way,” she said. If you found this post helpful, read these:
All photos courtesy of Kim Campbell

We’re happy to hear that you found it helpful, Angela!

My mother suffers from Alzheimer's Disease and it has been very difficult deciding what type of care is best for her. Thank you for sharing your story, it was very helpful!