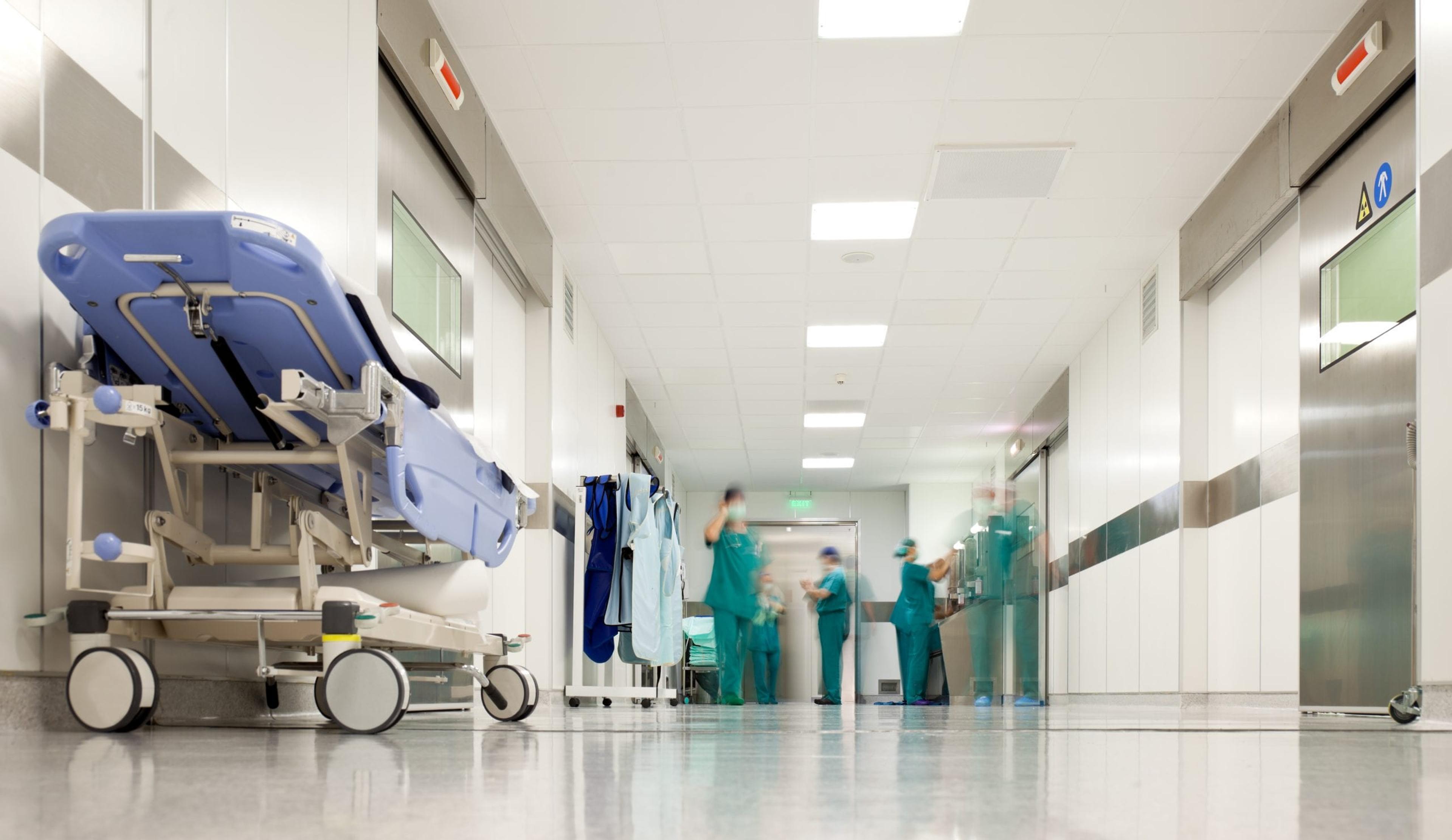 In November, Sean and Marla McCusker celebrated 23 years of marriage. Standing before family and friends in 1997, the couple never could have imagined how vows made to love one another “in sickness and in health” would define so much of the past year and the near future.
It started last March when Sean McCusker experienced mild symptoms of COVID-19. He had no appetite; his energy levels were low, and he had a fever. Things were looking up when his fever broke 10 days in, but on his 13th day of quarantine, he started having trouble talking and using his right arm. A dual diagnosis of stroke and COVID-19 set in motion a recovery nearly a year in the making. It’s a timeline that has felt too slow for Sean McCusker but has also led to some surprising bright spots for the Livonia couple, their three children and extended family. “It really puts a unique spin on your relationship and your marriage but it’s OK, we’re going to be OK,” Marla said. “It’s brought us closer.”

64 days in the hospital

Sean was treated at St. Joseph Mercy Oakland for his stroke. He needed emergency surgery and doctors at first weren’t optimistic about his chances for survival. He suffered surgical complications and ended up needing a second surgery to insert a mesh cloth to catch additional blood clots to prevent another stroke from occurring. Despite his mild symptoms, his doctors discovered his lungs had been damaged due to COVID-19 and that he was suffering from double pneumonia. Eventually, they also tied his stroke to the virus. He spent two weeks in the intensive care unit before being transferred to a step-down unit at the hospital and then eventually to a rehabilitation facility. The only words he could say at first were ‘yes’ and ‘no.’ Marla and the rest of the family had to rely on his care team to understand what he was facing. Because of visitor restrictions, nobody could go see Sean in person. “We would have to wait for any type of update when we could actually get in touch with a nurse,” Marla said. Daily’s calls to the hospital at 6 a.m. and 11 p.m. became a daily ritual, and the family agrees the nurses are true heroes who won’t ever be forgotten by the McCusker family. In total, Sean spent 64 days in the hospital and the entire family is immensely grateful to the medical team and staff. “St. Joe’s is amazing,” Marla said.

Focusing on recovery, with family by his side

Before his stroke, Sean worked as a general manager at the Cintas facility in Madison Heights. He’d been with the company for 28 years and would often put in long hours. He’s still working to regain his speech and mobility. Most of his days are now spent attending physical, occupational and speech therapy. At this point, he’s unable to work, so he and Marla are thankful they had made the decision to sign up for short- and long-term disability insurance that Cintas offered before he got sick.
“It made a huge difference,” Marla said. “Having long-term disability insurance helped us focus our priorities on Sean. The weight was lifted because we had that - things would be a lot different for us and our three kids if we hadn’t.” Due to the pandemic, the two eldest of the couple’s three children were home from college, and along with their high school-age child, were able to help their mom attend to their dad’s needs. Sean’s sister was also able to stay with the family to provide support. Marla views that close family time as a positive aspect throughout everything and knows that moving forward, it won’t be taken for granted.  Sean’s medical team anticipates a full recovery, but it will take time. He has difficult days thinking about what he’s lost – including his children’s birthdays, a high school and middle school graduation and other family milestones – but remains optimistic. “I’m still working with that,” Sean said. “Every day’s better but it’s still … I’m still …” “Recovering,” Marla fills in. “He’s working hard. He works hard every single day for all of us and he works hard to make his life better and to recover.” Marla finishes many of Sean’s sentences during conversations. The love and connection the pair share is evident as Marla tears up describing a recent conversation they had. Sean had apologized to her for how drastically their life had changed. “I don’t want him to apologize. This is nothing that he asked for, but this is where we’re at and we’ll get through it,” she said. And they’ll do it together, just as they’ve done all these years, making new vows of commitment to one another as they go. Related:
Main image photo credit: Getty Images; all other photos courtesy of the family