The American Red Cross in Michigan: There for You 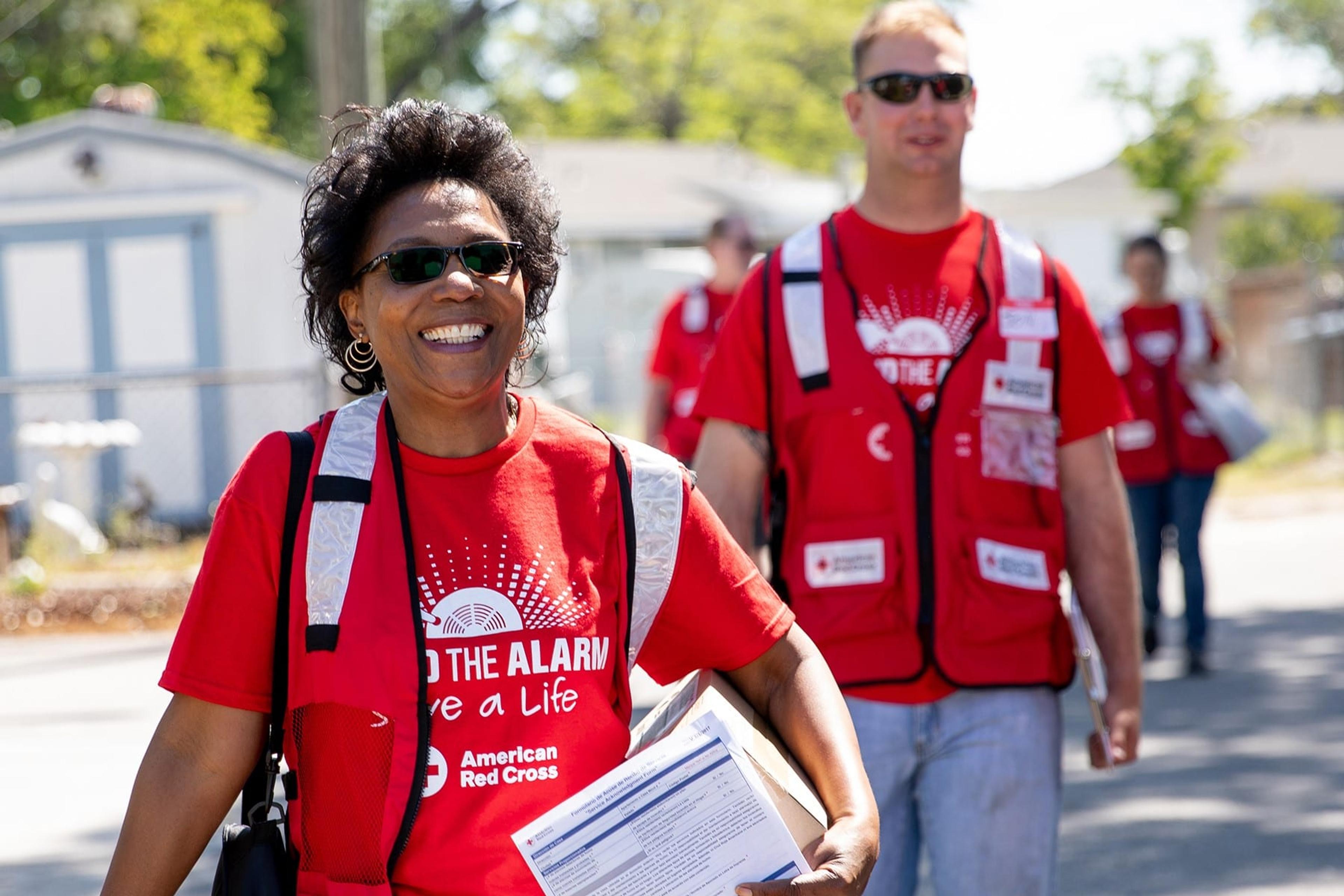 In times of disaster, the American Red Cross is there. Along with first responders, the non-profit humanitarian organization is often first on the scene, helping people facing their worst nightmares put the pieces back together. “It’s the organization you hope you never need, but if you do, I couldn’t think of a better partner,” explained Cindy Dion, vice president, Business Efficiency & Continuous Improvement, Blue Cross Blue Shield of Michigan. While their logo is synonymous with disaster relief and aid, the Red Cross’ mission is much broader. Preventing and preparing for emergencies is also a core tenant of the organization’s mission.
In Michigan, there are six Red Cross chapters and nine blood donation centers, serving more than 9 million people in 83 counties. Dion is a board member, and Executive Committee officer of the southeast chapter and among her many volunteer leadership roles, also helps coordinate blood drives at Blue Cross’ Detroit headquarters and beyond. Since 2014, Blue Cross employees have donated 3,660 pints of blood – that’s more than 450 gallons, which equates to potentially 10,980 lives saved. "People rely on the Red Cross to always be there and the Red Cross relies on partners like Blue Cross to accomplish our mission,” said Mary Lynn Foster, Regional CEO for the American Red Cross of Michigan. “We’re grateful for the ongoing support from the entire Blue Cross community over the years and our partnership continues to make a difference in communities across the state. From blood drives – to donations of time and talent – the generosity and good will generated by Blue Cross employees is truly remarkable.” Besides responding to emergencies and collecting blood donations to ensure an adequate supply for more than 60 hospitals across the state, the Red Cross’ Michigan Region also helps people:
We’re thankful to Red Cross volunteers and staff in Michigan and have been proud to partner by hosting blood drives and supporting other prevention efforts that keep Michiganders healthy and safe.

He doesn’t wear a cape, but Michael Allison has potentially saved more than 300 lives in the last 30 years or so.
His superpower? Donating blood. It all started in 1988. A co-worker talked him into donating during an onsite blood drive at Burroughs Corporation and he just never stopped. Sixteen gallons later, he’s donated more than 100 times. According to the American Red Cross, each of those donations has the potential to save up to three people. Allison has never needed donated blood himself but gives knowing that emergencies happen every day. It’s a way to be of service. “It’s not that hard,” he said. “Let’s say you needed open heart surgery – you’d want people to give blood so you could use it.” A Blue Cross Blue Shield of Michigan employee since 1995, Allison now donates during company blood drives in Detroit. He said having the opportunity to give blood at work makes it easier to make the time. If he keeps it up, he might just surpass the lifetime giving of his 90-year-old father, who has donated 25 gallons. If you’re doing the math, that’s 200 donations, or 600 lives. He said giving over the years has changed quite a bit thanks to technology. He really likes the Red Cross’ RapidPass® program, which means he can answer screening questions ahead of his donation time, making the process easier and more streamlined. He can monitor how much he’s donated using the organization’s Blood Donor App, which also notifies him when his blood is on its way to a patient. Allison said a recent donation went to the Children’s Hospital of Detroit, which he was happy to see knowing it could help a child in need. Have you been helped by the Red Cross or do you donate your time or participate in blood drives? Share your experience in the comments. If you enjoyed this post, you may also like:
Photos courtesy of the American Red Cross of Michigan and Michael Allison