The Dangers of Great Lakes Waves and Rip Currents 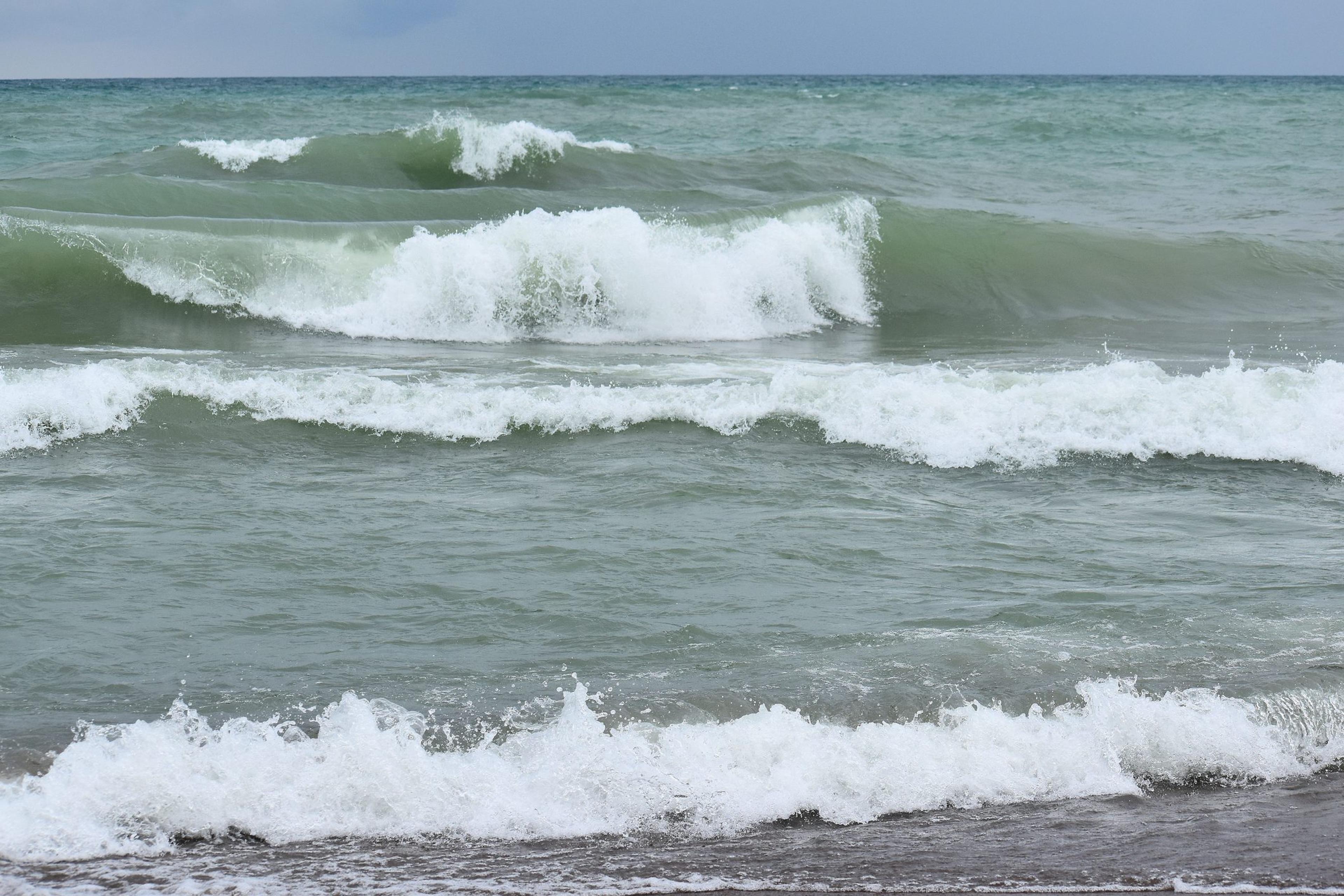 Most of us know better than to go frolicking into the water when waves are 10 feet high or taller. But it’s the seemingly manageable and inviting three to six-foot waves in the Great Lakes that are sneakily dangerous. Breaking waves in the Great Lakes come in closer together than ocean waves, making it harder to recover if you are knocked down. These waves also create a friendly environment for currents, and the combination of currents and waves can be deadly. “The waves hit you every three to five seconds in the Great Lakes, where in the ocean it might be 10 to 12 seconds between waves,” said Guy Meadows, a Michigan senior research scientist. “It’s that constant occurrence, where if you do get knocked off your feet and take in some water and are coughing, then you get back to the surface and are immediately hit by the next wave. That’s been some of the accounts of people who have survived rip currents. They talk about the relentless pounding of these very short, steep waves that are characteristic of the Great Lakes.”

What are rip currents and how dangerous are they?

Rip currents and other currents are usually found near piers and are extremely dangerous for swimmers. Each summer there are an average of 12 fatalities and 23 rescues due to dangerous currents in the Great Lakes, according to the National Weather Service (NWS). The NWS states that the currents that have most often claimed lives in the Great Lakes since 2002 are structural currents, rip currents, outlet currents, longshore currents, and channel currents. Most of these dangerous current incidents – according to the NWS – occur on Lake Michigan, because its eastern shores are positioned favorably for current development. Plus, Lake Michigan is a popular tourist destination. A current is technically considered dangerous when it reaches speeds of two miles per hour. Rip currents account for nearly half of current-related incidents in the Great Lakes. Rip currents form when water piles up between a sandbar near the shore and the beach, especially as waves increase to 3 feet or greater in height. Rip currents can pull you offshore and into deeper water. “When that water piles up, it needs to find a way to get back out to deep water and make the sea-surface level again,” Meadows said. “So, it’s that return of the water back out to sea that forms the rip currents. They are in very narrow channels and at times, very high velocity flows. In fact, we’ve averaged flows that are faster than Michael Phelps’ best time in the 100-meter freestyle. So, these are very intense currents that catch swimmers unaware. They are something powerful found in relatively mild wave conditions, but you cannot swim against them.” Meadows said these particularly extreme rip currents can reach more than 4 miles per hour in speed, which doubles the speed of a technically “dangerous” current. He added that these extreme rip currents typically occur about 10 times per summer in the Great Lakes region.
Channel currents flow over the sandbar, connecting the beach to an offshore feature like rocks or an island. They can push you off the sandbar and into deeper water. Channel currents account for approximately 3% of current-related incidents in the Great Lakes. Outlet currents form at water outlets like river, stream or creek mouths and power plants and are also capable of taking you offshore into deeper water. Around 6% of current-related incidents in the Great Lakes occur near water outlets. Structural currents are strong currents along piers that can also pull you into deeper water. As these currents form, waves near the pier are more chaotic, making it difficult to swim. Longshore currents flow parallel to the beach and typically start moving directly offshore, where they tend to turn into rip currents. They can make it hard for you to keep your feet on the ground and can carry you to dangerous area like piers and break walls. Longshore currents account for about 1% of current-related incidents in the Great Lakes.

How to avoid dangerous currents in the Great Lakes

Meadows said that just looking at the incoming waves can help swimmers in the Great Lakes recognize currents as they form.  “As the rip current forms and is going out to sea, it is opposing the incoming waves,” he said. “So, the wave heights where the rip current is, are usually lower than they are on either side of the rip current. Many times, swimmers are brought to the area where the waves are lowest, but that’s probably one of the more dangerous places.” The NWS offers the following tips to swimmers who are thinking about getting in the water or are already in the water as waves and currents start forming:
Photo credit: Getty Images Keep reading: