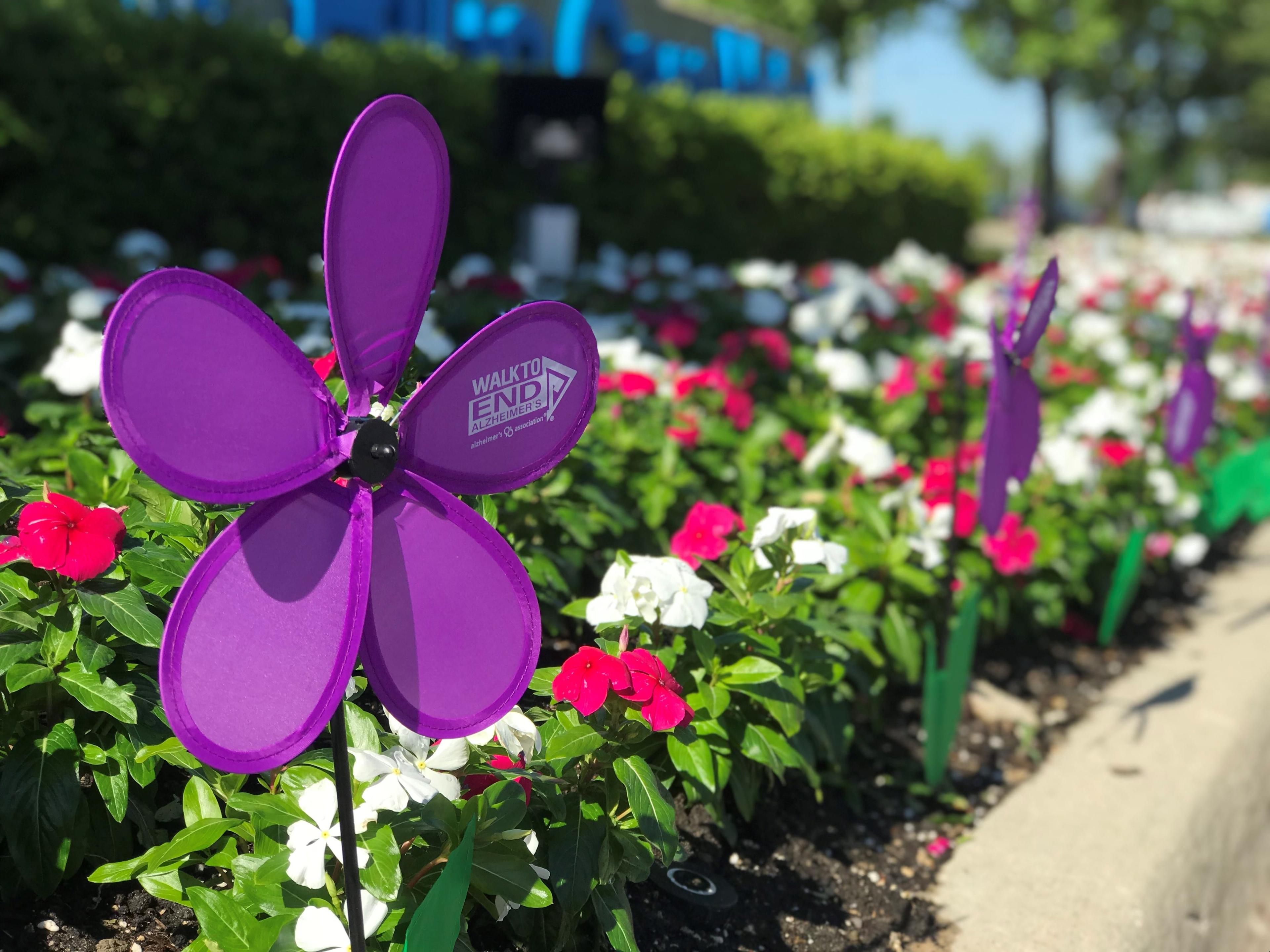 As she rallies Blue Cross Blue Shield of Michigan employees to take part in walks to support the Alzheimer’s Association, Kimberly Mendez knows firsthand how much of a difference the organization can make for Alzheimer’s patients and caregivers. It was only a little more than a year ago that Mendez filed for guardianship of her 73-year-old father, Angel, after his dementia left him unable to care for himself. He now lives with his daughter, who attends monthly support groups for caregivers offered by the Alzheimer’s Association in southwest Grand Rapids. As a BCBSM community representative, Mendez is also the company’s lead on the 2018 Walk to End Alzheimer’s Grand Rapids walk planning committee. She’s passionate about turning out Blue Cross employees for the cause because of its importance to her personally. “The relationships that I’ve created out of being part of the Alzheimer’s Association support groups and the walk planning committee – these are relationships I will carry for years to come,” she said. “That type of support you couldn’t put a price on.”

A Growing Need and a Chance to Help

It’s support that more and more people need. Every 66 seconds, someone in the United States is diagnosed with Alzheimer’s disease. It’s the sixth leading cause of death in the United States, affecting an estimated 5.7 million Americans – the majority of whom are 65 and older. In Michigan, approximately 180,000 people are living with Alzheimer’s and there are more than 511,000 Alzheimer’s and dementia caregivers in the state. Throughout 2018, Blue Cross Blue Shield of Michigan and Blue Care Network have championed Alzheimer’s awareness through partnerships with the Alzheimer’s Association’s Greater Michigan Chapter and Great Lakes Chapter. We're supporting five upcoming walks set to take place throughout the state, raising awareness and funds for Alzheimer’s care, support and research.

For Mendez, it was small signs that tipped her off to her father’s cognitive decline. He was becoming confused easily and it was getting harder for him to take care of his health and home. A normally social person, conversations were more difficult and he’d get aggravated easily. He’d lose his temper over small setbacks. Watching his transformation was difficult. “It was hard for me to understand that it wasn’t him – it was the disease,” Mendez said. “It took time for me to process that and accept that he was no longer the independent father that he once was. He was now going to be completely dependent on me.” As she learned more about the Alzheimer’s Association through BCBSM’s yearlong partnership, Mendez decided to give the support groups a try. She said the people she’s met have been a lifeline, providing advice about how to deal with different situations and offering moral support by checking in on her mental health as a caregiver. Along with many members of her family, Mendez will be walking on Sept. 15 to end Alzheimer’s, as a way to support the organization that’s supported her. She expects the experience to be empowering. “I didn’t let this disease consume me or my family or my relationship with my dad,” she said. Want to learn more about Alzheimer's disease? Read these posts:
Photo credit: A Healthier Michigan