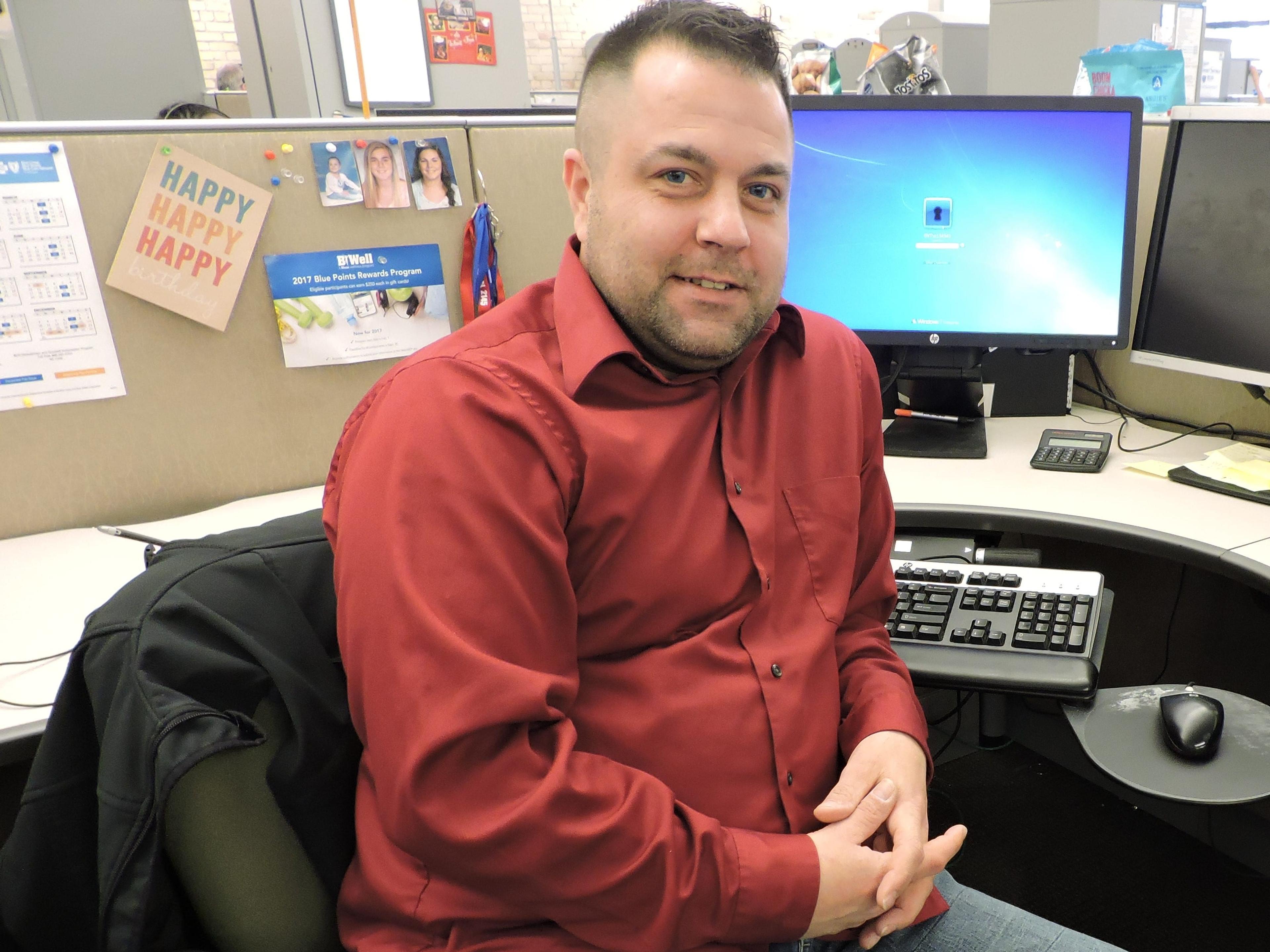 It had all the trappings of a successful networking event. Handheld nibbles were paired with Founders’ microbrews and engaging conversations flowed. The only difference? Cost of entry for career-seekers included demonstrated military experience.
Smaller, intimate networking events are helping veterans connect with meaningful work opportunities. A recent event held at Founders in Grand Rapids was hosted by Blue Cross Blue Shield of Michigan and the West Michigan Veterans Coalition. Helping veterans find fulfilling employment is the aim of the West Michigan Veterans Coalition, of which Blue Cross Blue Shield of Michigan (BCBSM) is a member. BCBSM recently hosted a veteran networking event at Founders Brewing Company, which attracted 23 veterans and 16 employers. Tim Stencel knows exactly what was going through the minds of the veterans in attendance. He’d been in their shoes about one year ago. “I knew exactly what they were feeling,” he said. Stencel had his sights set on employment with BCBSM for eight years leading up to his Feb. 15, 2016 hire date. He applied every year, but couldn’t seem to break through until he attended a similar networking event. He spoke with employees and fellow veterans at the event and felt right at home. “It was very, very welcoming,” he said. A fast interview process netted him the result he was after: a customer service position he’s enjoyed for almost a year now.
Tim Stencel chatting up a networking event attendee. The hiring ended a low point for Stencel. After serving in the Navy from 1995 to 1999, he quickly found employment at a local manufacturing company upon his return. After eight years there, he was laid off due to an economic downturn. He earned a business administration degree, but couldn’t find employment. He eventually worked his way up to a warehouse manager position, spending three years at that company, only to be let go again due to the company folding. “When you lose your job that you’re a part of for three years, depression sinks in,” Stencel said. He knows that some of the veterans he talked to at Founders need that same breakthrough he experienced. Veterans as employees come with many positive attributes, Stencel explained, but transitioning back into civilian life and employment doesn’t always present a clear path.
“They don’t know how to take that accomplishment and move forward,” he said. The smaller networking events have received positive feedback from veterans and employers, said Celeste Hurst, senior talent acquisition consultant at Blue Cross. Both appreciate the intimacy and quality conversations that have developed. “As a company, we’re committed to hiring qualified veterans and appreciate the loyalty and work ethic they bring to our culture,” Hurst said. “We’ve found that being able to talk to potential hires in a scaled-back, intimate setting really puts them at ease and fosters a rewarding, productive experience for everyone.” As for Stencel, he’s happy to have landed with a company that allows for growth and personal development. He’s also thankful for co-workers and managers who have his back, which reminds him of his time in the service. “I’ve found everybody here to be very nurturing and polite and helpful,” Stencel said. Find out more about veteran employment services offered through the West Michigan Veterans Coalition on their website. If you liked this post, you might also enjoy:
Photo credit: Julie Bitely

Thank you Tim for volunteering to attend. I believe we made some real good connections.

As an employee at BCBSM it would have been nice to be aware of this event before it occurred. I could have told a friend of mine about it. He is a veteran seeking employment. Now that I am aware these meetings occur I will certainly pass along the information. Thank you for the article.