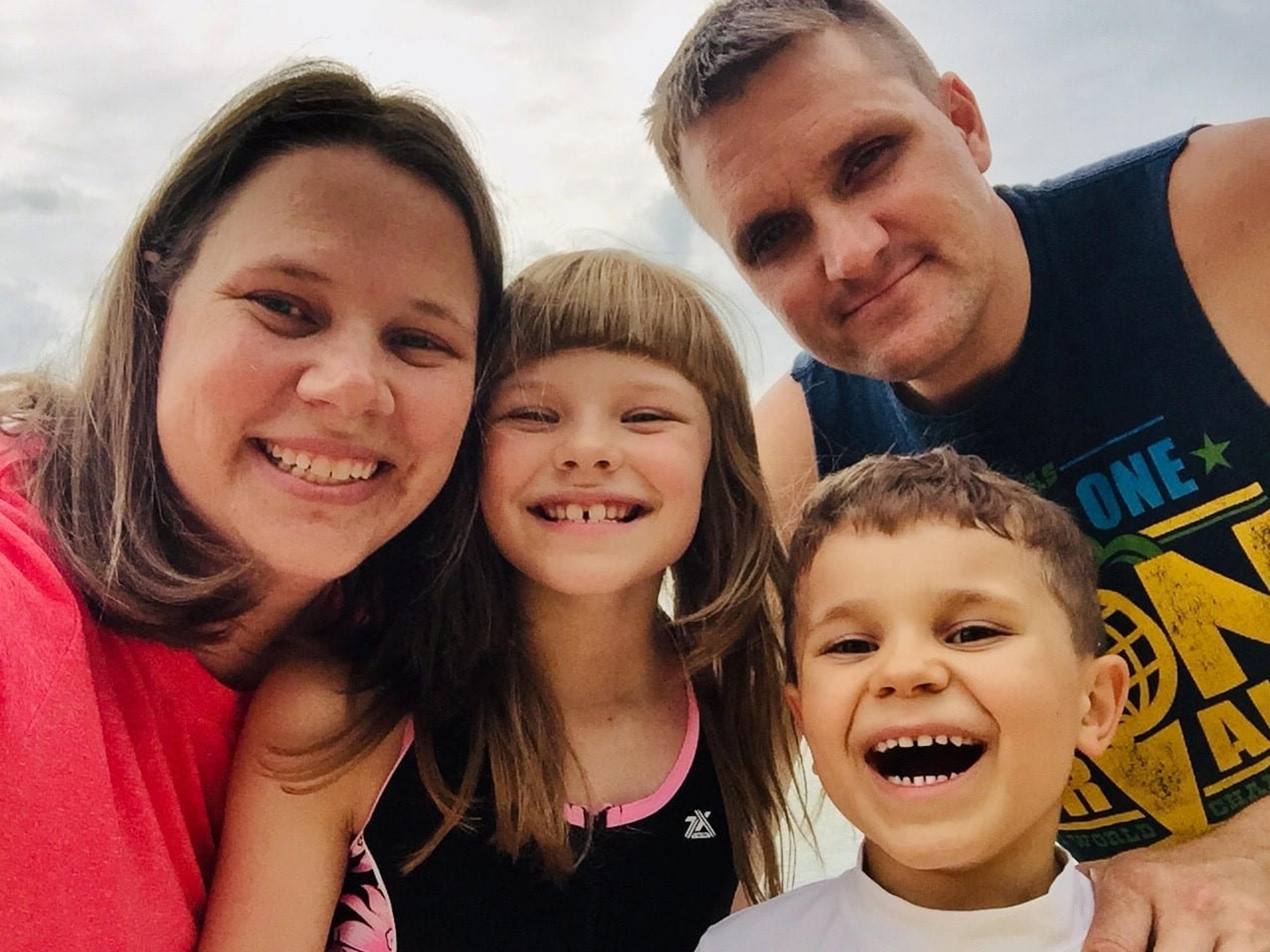 For children with autism spectrum disorder, abrupt changes to predictable routines can be particularly unsettling. It’s no surprise then that a shift to distance learning, staying home and social distancing amid the COVID-19 pandemic has left some families reeling, trying to adjust and adapt to support loved ones with autism. To help families continue needed services, Blue Cross Blue Shield of Michigan expanded reimbursement for some autism services to be provided virtually via telehealth. While not all services can be performed over a computer screen, the work that is happening has been a lifeline. As in-person services resume, many are hoping virtual visits will continue to be offered to some degree.

“He’s continuing to learn and build.”

Seven-year-old Thomas Kaniewski, pictured above with his family, was enjoying his 1st-grade year at Dearborn Public Schools when the stay-home order took effect. Immediately, his schedule changed, which was difficult to process and adjust to. “The only thing he liked was sleeping in in the morning,” mom Julie Kaniewski said. Being able to resume twice-weekly virtual sessions with Kayla Curry, a Licensed Behavior Analyst (LBA) at Building Bridges Therapy Center in Plymouth, helped Kaniewski feel more secure that Thomas wouldn’t lose ground on the progress he’s made. Thomas had been seeing Curry in-person for about a year and virtual sessions that started toward the end of March meant Thomas could continue to reach new goals. Although Thomas tends to get absorbed in what he’s working on, “he’s been willing to stop what he’s doing to start the therapy with Kayla,” his mom said. Curry has worked with the Kaniewski family on building a schedule that works for everyone and continues to work with Thomas on new vocabulary and other communication skills. “He’s continuing to learn and build,” Julie Kaniewski said. Without the sessions, she said “he’d be stuck on his games and I don’t think he would grow as much. I also think it would be extremely difficult to get him back on track to do therapy.” At first apprehensive about trying virtual visits, Kaniewski was pleasantly surprised by how easy it was to navigate and thinks the results are worth it. She urges other parents to give it a try. “The results have outweighed any uncomfortable feelings,” she said.

For Adina Yilma, 16, the pandemic not only disrupted her routine, it threatened the health of her dad, Ben Yilma. The entire family was thrust into quarantine in early March when he was diagnosed with COVID-19. For almost two weeks he battled fever and pneumonia-like symptoms at home. Yilma said he’s fortunate and thankful for his health. He’s also proud of the way Adina, an 11th-grader at Canton Public Schools handled so much at once, including only being able to see him by waving from a bedroom doorway. “It was quite disruptive,” Yilma said. “It was a major, major change but I must say, Adina has done extremely well coping with all those changes.” Describing his daughter as a happy and energetic child now, Yilma credits years of services at Building Bridges for helping her make tremendous strides. At six, she was considered non-verbal, and would often grow frustrated at not being able to communicate. Through years of therapy and family support, Adina blossomed and now looks forward to and excels during her bi-weekly virtual visits with Curry. Her dad is grateful to have the option to receive services at home. It’s convenient and it has even taught Adina valuable teleconferencing skills she’ll be able to use moving forward. It also limits exposure to the virus. “I think one advantage, under the circumstances, is having that extra layer of comfort in knowing that you don’t have to physically be out there and at risk,” Yilma said. “That gives you peace of mind.”

Adapting to and embracing change

The first time Adina ventured out to a store with her family during the pandemic, Yilma said she was struck by everyone wearing masks. It brought home the seriousness of the situation for her, he explained. “I think it’s probably going to take time, not just for Adina, but for all of us to get used to those changes.” With changes to telehealth offering expanded access to care in new ways, Blue Cross will continue to work with providers on a path forward that makes sense, said Bill Pompos, manager, Behavioral Health, Blue Cross Blue Shield of Michigan. “We think there’s value in it for families for different reasons,” he explained. While not every service will be covered virtually, Pompos said Blue Cross will continue to evaluate offerings based on evidence that they’re effective and can be carried out successfully. Related:
Photo courtesy of the Kaniewski family