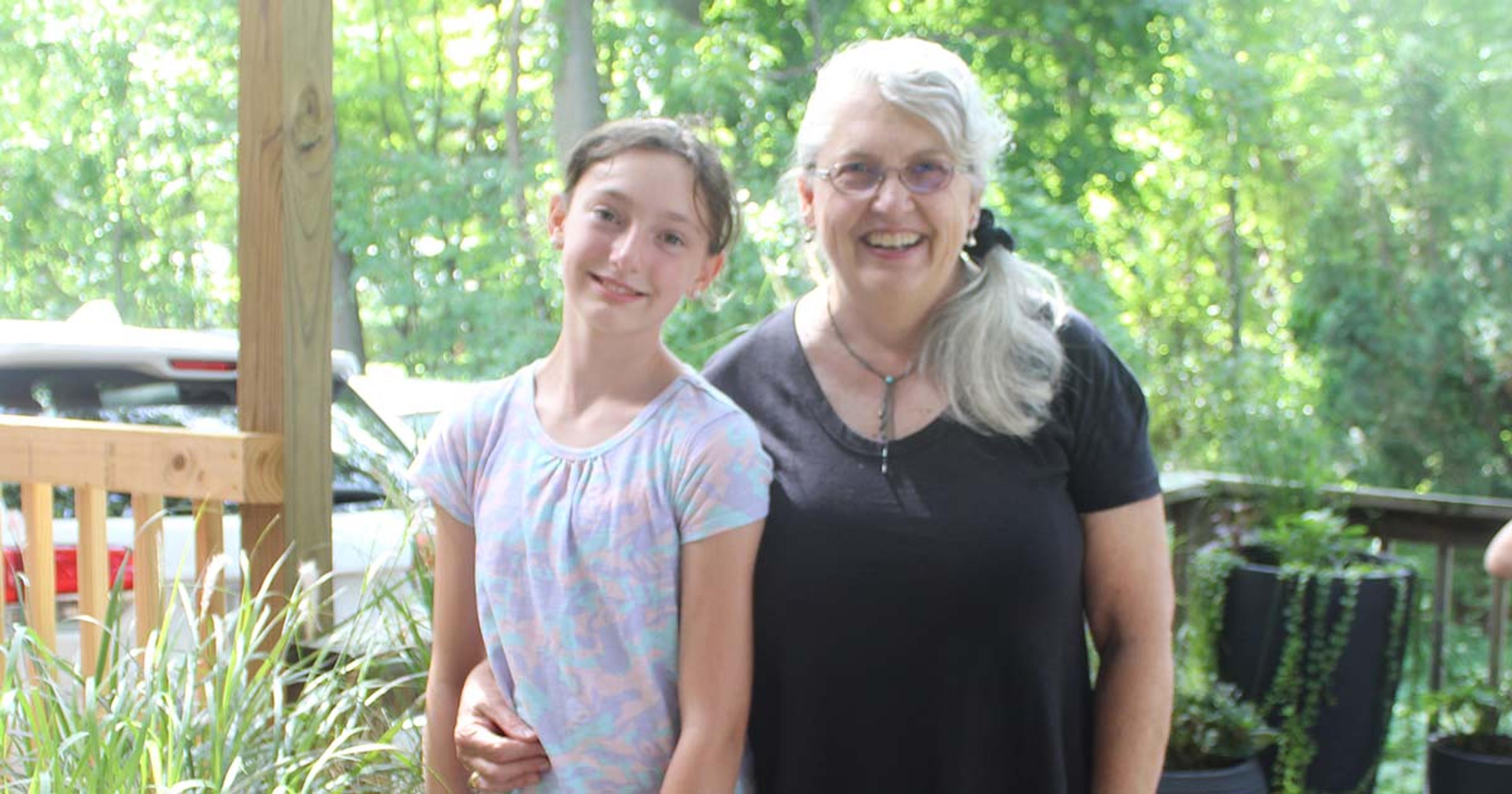 Wrestling with a health condition that another person walking down the street can’t see takes a mental toll on a person.
For close to a decade now, this has been the experience of Holland resident Donna Allgaier-Lamberti. Feeling poor physically but appearing fine to most people has been one of the many effects of Hashimoto’s Thyroiditis, which Allgaier-Lamberti was diagnosed with in 2015. Hashimoto’s is an autoimmune disorder in which the immune system attacks thyroid cells by mistake because it thinks they are bacteria.
“When you have an invisible condition, you look normal, you look fine, and you kind of rise to the occasion when you go out in public,” explained Allgaier-Lamberti. “With an autoimmune disease, because you mostly look normal, people might not think that you’re struggling.”
Come-and-go brain fog, sluggishness, and an overactive immune system plagued Allgaier-Lamberti for close to a decade before being diagnosed with Hashimoto’s at the age of 65.
“With Hashimoto’s, the immune system is on overdrive all the time,” she described. “It’s like you’re the Energizer Bunny all the time. The human body can only do that for so long before it breaks down. Your organs can’t take running on high-speed year after year after year. They break down and you get sicker and sicker and sicker.”
Visits with doctors and specialists led her to an elimination diet known as the autoimmune protocol (AIP).

The idea behind the AIP diet is to eliminate certain foods that cause inflammation to the gut. Adopting this diet required Allgaier-Lamberti to be patient. Figuring out what to ditch and what to keep was a “slow process,” but she feels like she’s sleeping better, coming down with flu-like symptoms less often and is generally living a happier, healthier life.
“I tried to just start eating whole foods, cooked from scratch. No processed foods, no eating out, good oils, not bad oils,” she said. “That’s sort of the AIP in a nutshell. But it’s much more than diet.”
Nutrient-dense meats like grass-fed beef and organic chicken became mainstays in Allgaier-Lamberti’s diet. She has more or less said goodbye to these foods and food groups:
“You decrease the inflammatory foods to decrease the inflammation in your body,” she said. “And you really focus on the nutrient-rich foods. Lots of greens, but not a lot of fruit, because fruits have a lot of natural sugars in them, and sugar is something we eliminate.”
The AIP also taught Allgaier-Lambertithat she wasn’t getting enough Vitamin D, zinc, and magnesium. She turned to supplements as part of her pursuit to soften the symptoms of Hashimoto’s.
“Everybody’s blood labs are different,” said Allgaier-Lamberti, a Blue Cross Blue Shield of Michigan member. “These are the things that mine showed. It’s really important to have your labs checked. And thank God for my insurance because it covers all my labs. And I have to have a lot of labs. So, I’m really grateful for that.”
Always talk to your doctor before taking a supplement, as they may interfere with health conditions and medications."

Finding support for an ‘invisible condition’

Allgaier-Lamberti came to learn that being open and talkative about her Hashimoto’s diagnosis has been much better for her mental health than struggling in silence.
“I have found that the more that I share and give out, the more I give back,” she said. “I’ve come to learn that people who don’t have a thyroid disease or autoimmune disease aren’t going to understand it. So, I no longer have that expectation that they are going to get it.”
Some people who do get it, though, are the members of the private “Michigan Thyroid Support Group” on Facebook. Home to more than 2,000 members, no one’s condition is invisible there. Everyone knows what every other member is going through for the most part. It’s a place where Allgaier-Lamberti and others have become comfortable sharing symptoms, discussing solutions, finding physicians and more.
“It’s an amazing resource,” she said. “Sometimes, we feel really alone. When we don’t know other people who are going through the same thing, there’s nobody to bounce ideas off of. When you find a support group of people with a similar health condition you can ask things like, ‘Is this normal?’ or ‘I’m struggling with the AIP, how do you manage it?’ Whatever the questions are, it’s just really helpful to talk to someone in a similar situation.”
Allgaier-Lamberti said her Hashimoto’s Thyroiditis is currently in remission. For that, she’s grateful.
“Obviously, not everyone goes into remission,” she said. “I put in a lot of hard work when it came to dieting and being disciplined and just educating myself. But I’m also fortunate to have a good doctor, and fortunate to be able to pay for my medical expenses. So, I’m grateful but I’m also fortunate.”
Photo credit: Donna Allgaier-Lamberti