Dan and Amy Loepp to donate $100,000 at Capuchin Fundraiser 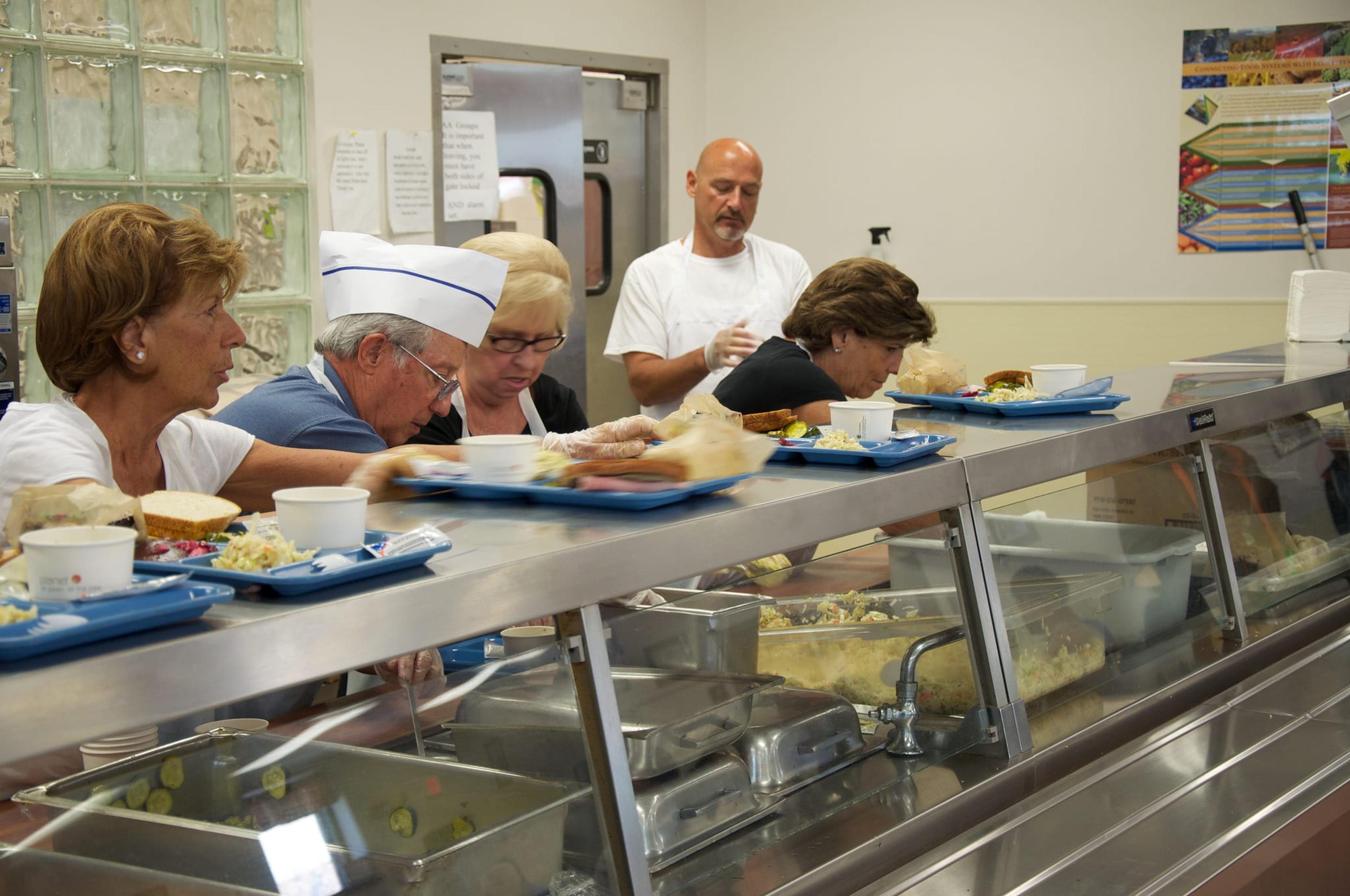 The Capuchin Soup Kitchen will exceed the fundraising goal of its annual Support Our Capuchin Kitchen (SOCK) Dinner, thanks to help from its friends in the business and philanthropic community, including Blue Cross Blue Shield of Michigan President and CEO Dan Loepp and his wife Amy, who are serving as co-chairs for the event. The 43rd a
nnual SOCK Dinner will be Friday, Oct. 16 at Cobo Center and is expected to draw 1,000 guests at $250 a plate. The theme for the event, sponsored by Blue Cross, is “You’ve Got a Friend.” That theme is symbolic of the everyday acts of kindness the Soup Kitchen performs with support from those who donate their time, talents and money. It is the organization’s signature fundraising event, one of the largest of its kind in the Detroit metropolitan area. The Soup Kitchen hopes to generate $600,000 through proceeds from the SOCK Dinner. Operating almost exclusively on charitable contributions since it opened its doors in 1929, the Soup Kitchen serves more than 2,000 hot meals every day to Detroit residents. Its far-reaching ministry also provides a helping hand for families, children and men and women in need through social services, counseling, educational opportunities, an urban farming initiative, and the On The Rise Bakery program that helps people build new lives after dealing with incarceration or addiction. “The revenues we generate at the SOCK dinner are critical to the ongoing operation of all our programs,” said Brother Jerry Smith, executive director of the Capuchin Soup Kitchen. “We are grateful to all who give so generously from their families to those we serve, to so many business and community leaders who lift up our city by their support and a special thanks goes to Dan and Amy Loepp and our friends at Blue Cross.” Blue Cross is making a $25,000 corporate donation to the Soup Kitchen while also garnering an additional $110,000 from employees, vendor partners and peer business leaders. Dan and Amy Loepp were so inspired by those generous donations they are making a personal contribution of $100,000 to the Soup Kitchen. “This is something that Amy and I are honored to do as Detroiters and we are energized by the way our friends and colleagues have embraced the opportunity to help,” Dan Loepp stated. “The Soup Kitchen has been a pillar of this community for 85 years, serving hundreds of thousands of our friends, family and fellow Detroiters in their time of need. Because of that, the Capuchin ministry is something that many of us at the Blues have grown up understanding and admiring. This is a special cause that resonates deeply with Amy and me, and with Blues employees at all levels.” More than 100 Blue Cross employees signed up to volunteer for the event and hundreds more have logged volunteer service at a Soup Kitchen location in recent months or are signed up to do so. Additionally, a workgroup of Blue Cross leaders are engaging the Capuchins and Bro. Smith on ways to refine the Soup Kitchen’s fundraising processes for future SOCK Dinners and other events. About Blue Cross Blue Shield of Michigan Blue Cross Blue Shield of Michigan, a nonprofit mutual insurance company, is an independent licensee of the Blue Cross and Blue Shield Association. Blue Cross provides and administers health benefits to more than 4.5 million members residing in Michigan in addition to employees of Michigan-headquartered companies who reside outside the state. For more company information, visit bcbsm.com and MiBluesPerspectives.com. About the Capuchin Soup Kitchen Founded in 1929, the Capuchin Soup Kitchen serves Metro Detroit by providing food, clothing, and human development programs to the people of our community. In addition to preparing and serving up to 2,000 meals a day, it operates a shower program, emergency food pantry, and a tutoring and art therapy program for children. It also distributes household items and clothing. Its Earthworks Urban Farm produces 6,000 pounds of produce from a two and a half acre organic farm, and educates the community in regards to sustainable relationships between human beings and the earth. The Soup Kitchen’s On the Rise Bakery assists individuals "re-entering" society after bouts of incarceration or substance abuse. In addition, the Soup Kitchen’s Jefferson House--a twelve bed residential treatment facility--assists indigent males seeking to reclaim their lives from addiction. The Capuchin Soup Kitchen is a ministry of the Province of St. Joseph of the Capuchin Order, which is headquartered in Detroit and serves Capuchin ministries worldwide. It is funded primarily by donations, receiving no government assistance. www.CSKDetroit.org Photo Credit: Sam Beebe