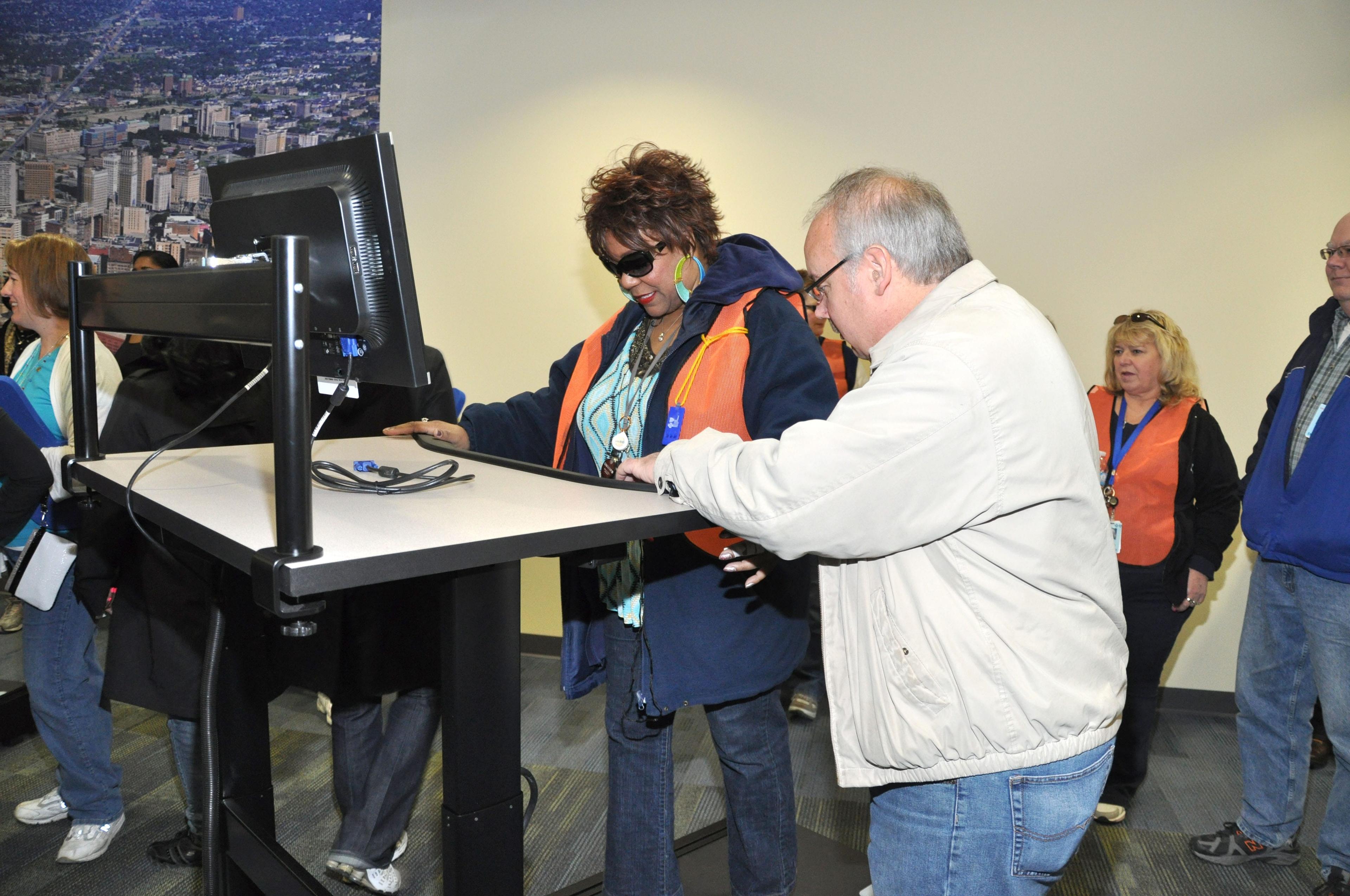 [slideshow]The March 1954 edition of the Blues’ employee newsletter devoted three pages to the company’s new Jefferson Building offices in Detroit, where some 700 employees were about to move into spacious, amenity-filled modern offices. “As the time draws near for moving into our new building practically everyone is seeking answers to his or her own special problems,” the article began. “Highlights is going to tell you all about it — everything from elevators to electric lights and from banks to barber shops. You’ll like working in our new home.” Nearly 58 years later, it gives me great honor to rededicate a building that serves as a living link to the Blues’ rich history of serving the people of the state of Michigan. We recently took the wraps off our newly improved Jefferson Building. Construction crews have renovated the first floor and entrance of the building at Jefferson and Beaubien Street, adding a glass, storefront façade, modern high-tech collaboration spaces for employees and treadmill Walkstations where employees can exercise while they work. The changes are intended to open the building up to the street and remake the “old lady,” as Highlights called it then, into a central tech hub of collaboration for our newly expanded downtown Detroit campus, which now stretches from the Renaissance Center Towers 500 and 600 to Lafayette Boulevard four blocks north.

The Jefferson Building was hailed as a great uniting presence in its day, just as Blue Cross is now re-uniting its Detroit-area workforce in the central city. In 1949, the growing Michigan Hospital Service-Michigan Medical Service (also known at the time as the Michigan Blue Cross-Blue Shield Plan) established a corporate goal to consolidate into a single space to integrate staff, reduce costs and improve efficiencies. The following year, Michigan Medical Service bought the five-story Burnham Stoepel Building at 441 E.Jefferson. Over the following years, crews worked to renovate the building, including adding two floors. The building was built in 1924 by Burnham Stoepel & Co., a wholesale dry goods business and “one of Detroit’s business pioneers,” Highlights wrote. The company had leased four upper floors to the Grand Trunk Western Railroad Company for offices in 1933. Employees were to move from 20 floors in five different offices throughout the city — including most notably the 21-story Washington Boulevard Building at the corner of State Street, about 10 blocks away. “We’ll all be together under one roof again — for the first time in several years,” Highlights hailed in September 1954. Over the ensuing years, Blue Cross continued to make renovations to the building, most visibly in 1979, when it began a $1.7 million project to renovate the interior and install the energy-efficient, bronze-tinted glass and weatherproof frames still seen today. The first group of roughly 275 employees moved into the building on May 17, 1954 when it was still very much under construction, rubbing elbows with electricians, carpenters, plumbers and other workers. At a mid-morning break in the temporary cafeteria that day, employees found a room with nothing but a lunch wagon that served coffee, milk and cookies. Employees at the time were provided with maps of bus and streetcar lines that would deliver them to the new offices.

By 1954, Blue Cross had nearly 1,100 full-time workers in Michigan and another 338 part-timers, with statewide enrollment of more than 3.12 million members. It cost between 40 and 60 cents to park your car in downtown Detroit. Fluorescent lights and automatic elevators (no operator required), of which there were four in the building, were a novelty. And the Michigan Blue Cross-Blue Shield Plan was celebrating a significant milestone. On March 8, 1939, 15 years earlier, with three employees working from an office on the 10th floor of the Washington Boulevard Building, the plan had registered the first member of its prepaid group hospital care program. A lot has changed in health care and Detroit since those days. But the decision to acquire the “old lady” set a pattern that we’re continuing of making sound business decisions today to prepare for tomorrow. With the latest improvements to the Jefferson Building, and our Detroit campus consolidation nearly completed, Blue Cross Blue Shield of Michigan is prepared to lead the state into a new era. Daniel J. Loepp is president and chief executive of Blue Cross Blue Shield of Michigan. 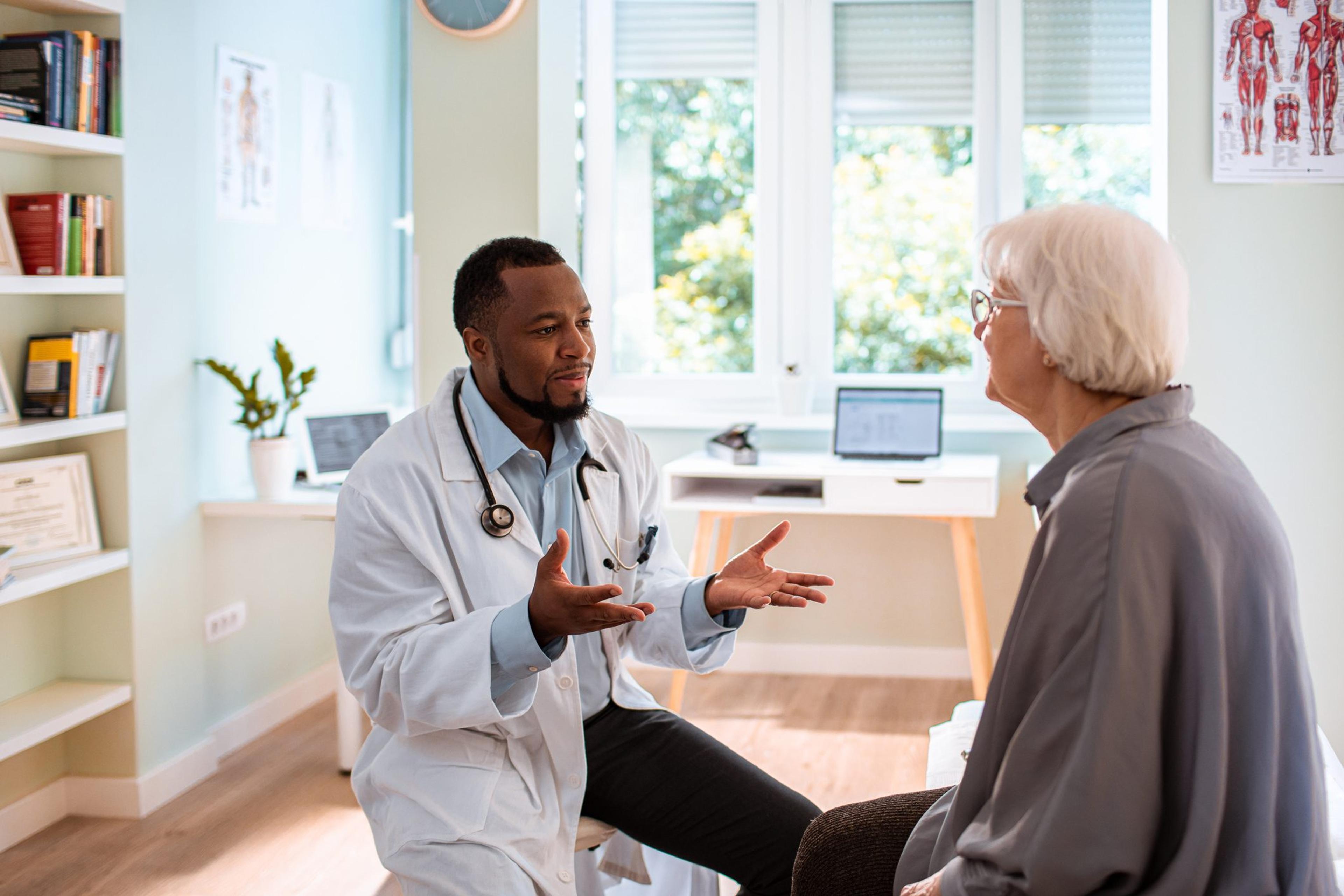 I was talking to a 70+ year old lady who attends my church in Lapeer. She used to work at the J Building in the 50's for BCBSM.

I love the Jefferson Building. It was great to see the old photos and read about the changes that have occurred over the years. I know an elderly woman who told me she worked in the building way back when for the railroad. She worked on the same floors I did! I'm glad the building did not get sold, and hopefully it will stay in the company!