Physical Health, For You

What to Know About Holiday Meal Myths 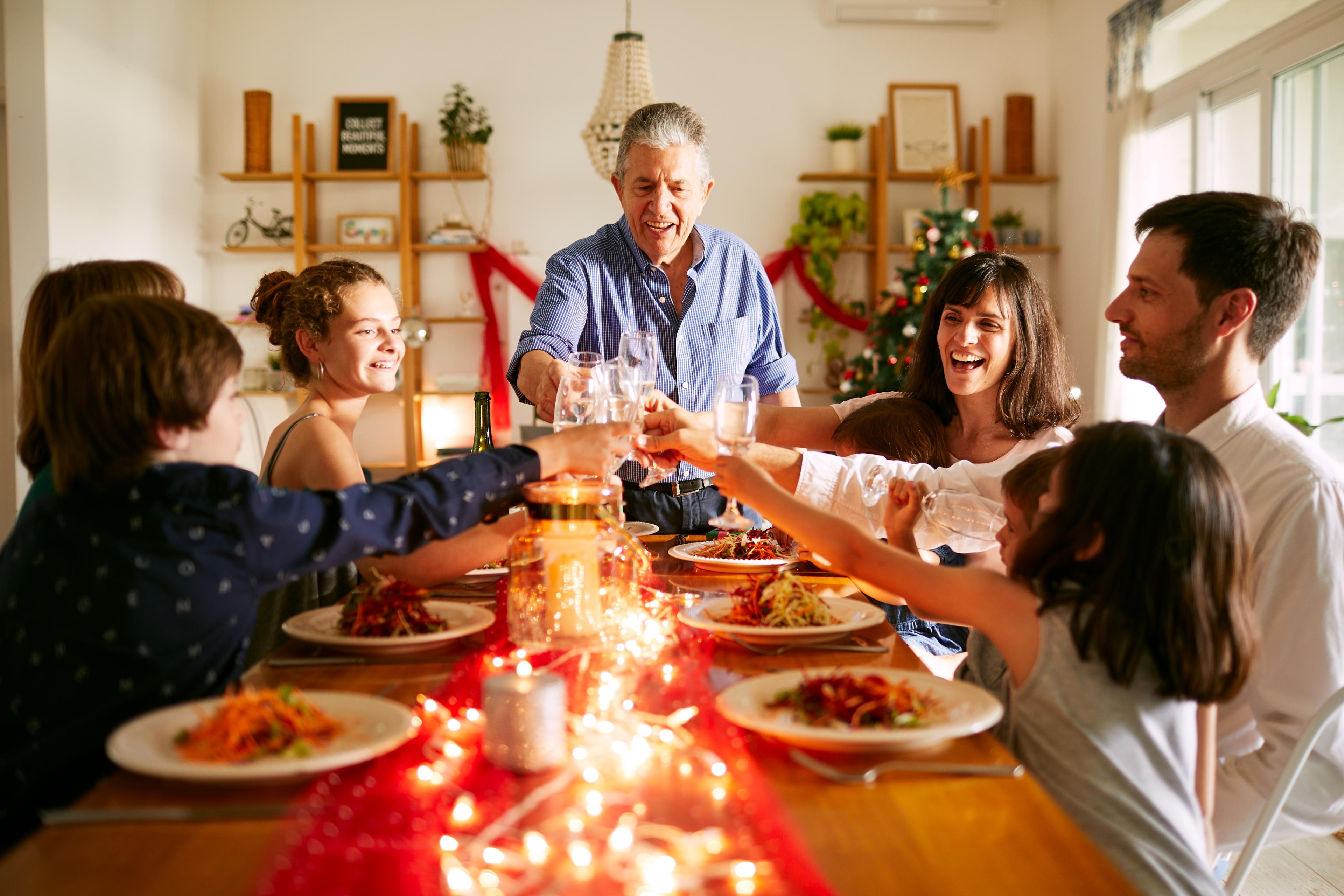 For some people, the idea of weeks of holiday gatherings, festive meals and party spreads may seem like wading through a minefield when it comes to healthy eating. There can be a lot of anxiety and stress that crop up around the holidays and it can be related to family and food-centered events. But it’s important not to fall into the trap of holiday meal myths. Setting up restrictive rules around food at holiday events actually can do more harm than good.
Shanthi Appelö, a registered dietician for Blue Cross Blue Shield of Michigan, has some myth-busting tips when it comes to holiday eating. Here are some of the most common myths:
Skip meals before a holiday event to save your calories for later: If you’re headed to a big holiday dinner, you might be tempted to skip lunch beforehand, thinking that way you can save room for all the things you want to eat. But that can backfire. “You may actually find yourself overeating if you haven't eaten earlier that day. So, you're so hungry that you end up eating too fast and eating too much, and then you feel not so great after.”
Substituting ingredients to prevent weight gain: Let’s say you love a certain pasta dish that shows up on your family’s table around the holidays, but instead of making it with pasta, you make it with zucchini noodles to cut calories. Instead of feeling satisfied with your substitute, you’ll probably feel cheated. “Oftentimes when you substitute, especially when it's your favorite recipe, you end up wanting that so much more. And it's kind of a form of restriction in a way. So you're like, ‘OK, I don't get to have my favorite thing, so then I'm still craving it. I can't stop thinking about the real deal.’ And then you might find yourself binging or overdoing it, or eventually doing everything you can to get the real deal.”
Planning a post-holiday cleanse to lose weight: Some people eat whatever they want - and as much as they want - during the holidays and rationalize their lack of restraint by telling themselves they’ll do a cleanse when the holidays are over. But we already have systems in our body that perform that function and get rid of toxins. “Nothing that we drink or consume is going to do it for us. We have our kidneys that filter the blood; they remove all these toxins. We have the liver that helps process these nutrients and modify these toxins that are bad for us and make it easier for the kidneys to eliminate it. And then we have our lungs that remove these airborne toxins, and our colon removes waste through our bowel movements. So our body is already doing these things for us.”
People gain a huge amount of weight during the holidays: Actually, people don’t pack on as many pounds during the winter holiday season as you might think.”I think that's a misconception that's out there, but the average person may not gain more than 10 pounds. I think a lot of times people think it's a little bit more. For some people, it's like two pounds. The problem with holiday weight gain is that it tends to not come off afterwards.”
Hardcore dieting on Jan. 1 is a great way to lose weight after the holidays: Moderation is really the key, in holiday eating and in post-holiday weight loss plans. New Year’s Day is typically the time lots of people roll out a new diet. But being too restrictive can doom diets to fail. “People tend to put their best foot forward, eat healthy, start clean. But what we see oftentimes with these hardcore diets is that people lose weight, but then they gain more than they did to begin with, all in efforts to lose that holiday weight.”
Eating carbs makes you gain weight: Eating too many calories makes the numbers on the scale rise, not how many carbs you eat. Holidays often are associated with lots of carbs and starchy foods, from pies to stuffing to loaded baked potatoes. And when people go on low-carb diets, they often lose some initial weight, but it’s mostly water weight. “So kind of the take-home message here is that it's not really carbohydrates that are making you gain weight, it's just that oftentimes the serving sizes associated with carbohydrates tend to be larger, especially when we eat pasta, when we eat rolls. It adds up really quickly and in that way, the excessive calories can make you gain weight, but it's not carbs themselves.”
Eating meals late at night causes weight gain: Holiday dinners with family and friends often happen later than regular mealtimes, but this doesn’t necessarily mean they will make you put on pounds. Mindless late-night snacking and overeating will. This can be prompted by not eating enough earlier in the day. “Restriction leads to overeating. For some people, that means a binge. For some people, that means just overeating in general. But late-night eating, if you find yourself snacking a lot at night, can often be because you just didn't eat enough during the day, and maybe you didn't satisfy your body's needs during the day. And so then maybe you're a little bit too hungry at night, and then you find yourself overdoing it.”
Hear more myth-busting tips when it comes to holiday eating in this “A Healthier Michigan Podcast” with Shanthi Appelö, a registered dietician for Blue Cross Blue Shield of Michigan. Discover more topics in our podcast library.
Photo credit: Getty Images