How a Couch-to-5K Program Changed One Woman’s Life 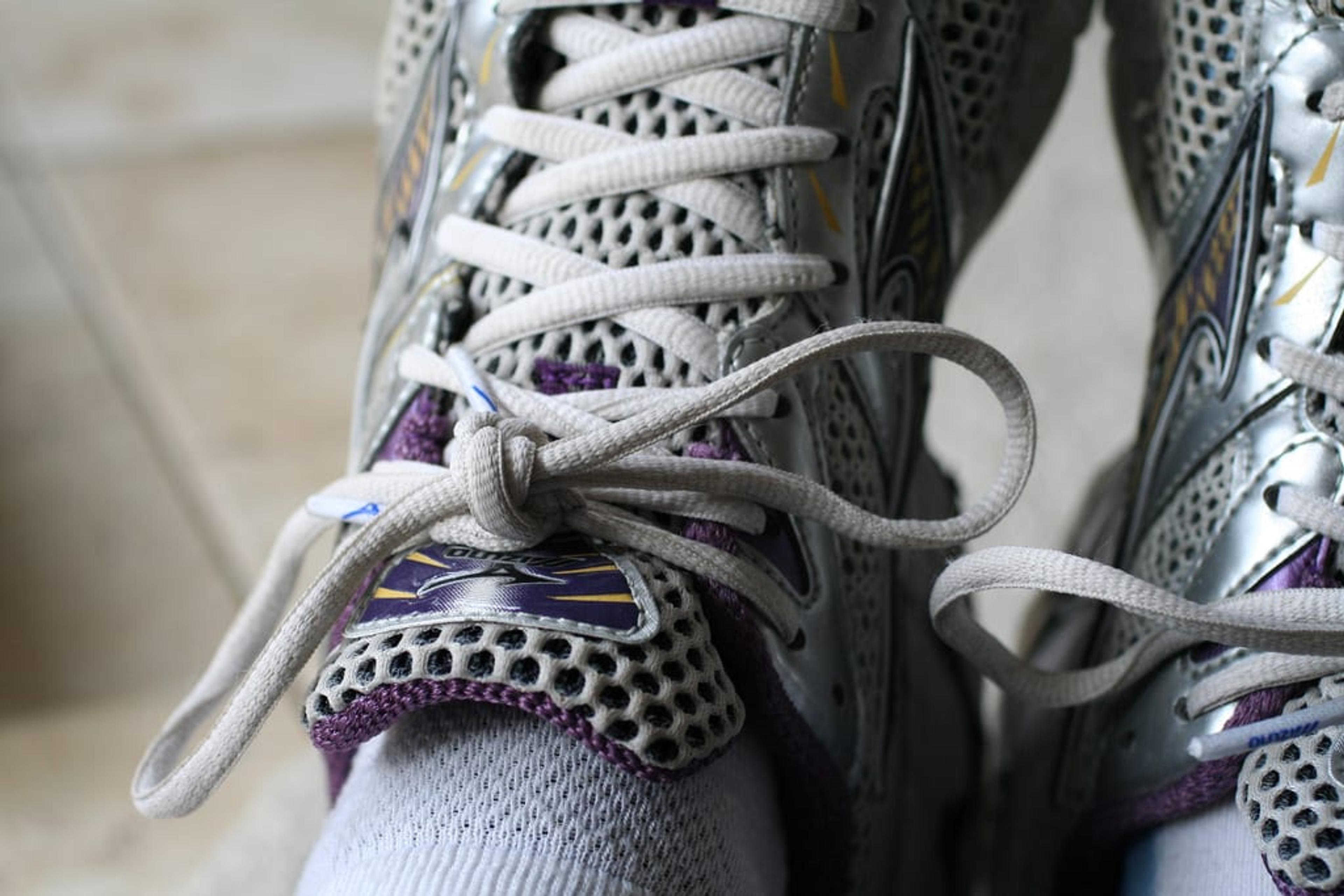 Signing up for the ongoing Lansing-area Winter Warm-Up Couch-to-5K program was a no-brainer for Glenna MacDonald. An active participant in a similar program, MacDonald said the scheduled weekly workouts give her another way to keep up her walking habit. She’s excited that her 32-year-old son will be joining her for scheduled walks with a group made up of Delhi and Holt participants.
Glenna MacDonald keeps up her exercise routine by walking indoors through the winter. (Courtesy photo) “I’m looking forward to walking in Holt,” she said. “Perhaps I’ll make some new friends in my own community or reunite with people I’ve known.” The 2016 Winter Warm-Up featuring the Blue Cross Community Couch-to-5K is open to all ages and geared toward Michiganders who want to take the first step to improve their physical health and wellness. Participants are working toward a common goal of completing a tri-county 5K walk or run by the end of their Winter Warm-Up training. Read more about the program here. If you’re thinking a couch-to-5K program is only for people like MacDonald who’ve already established a healthy lifestyle, she’d be the first to tell you to go for it. In fact, taking her first steps restored her health and gave her back the life she wanted to live. Here’s her story.

At a time when girls weren’t encouraged to play sports, MacDonald played baseball with the boys. “We played all the time,” she said. “The boys I played with went on to play high school and college baseball. I just watched and rooted them on.” Growing up in the 1960s, she took gym every semester during high school and stayed active in the summer working as a lifeguard and swim instructor. Competitive by nature, MacDonald wanted to finish first at everything, but marriage and children eventually sidetracked her active lifestyle. “I gained a little bit each year for probably 30 years,” she said.

In 2008, MacDonald was teaching special education full time and coaching cross-country skiing for the Special Olympics. It was getting harder and harder for MacDonald to keep up and a stress test showed a mild blockage in one artery. On Jan. 3, 2009, she experienced difficulty breathing after practice, but didn’t immediately seek medical attention. “I continued having trouble breathing throughout the evening and into the night. At 3 a.m., I woke my husband to tell him I really couldn’t breathe now,” she said. The last thing MacDonald remembers is her husband telling her the paramedics had arrived. A CAT-scan revealed pneumonia and doctors also confirmed she’d suffered a mild heart attack. Her kidneys also struggled to flush the dye used during the CAT-scan from her body, resulting in kidney failure. Recovery was slow, although MacDonald was cleared to return to her classroom the second week of February. “I was exhausted and barely made it through the day. I had trouble driving to and from school because I was so exhausted,” she said. MacDonald made the decision to retire from teaching in June 2010. However, overweight and diabetic, with heart and kidney disease, this was not the active retirement she’d envisioned. Her dreams of continuing on as a Special Olympics coach weren’t in reach as she was constantly fatigued and couldn’t handle the large amount of walking coaching required. She knew something had to change.

Finishing last for her health

After seeing a flier, MacDonald registered for the Playmakers Couch-to-5K Training for Women over 50 in the fall of 2010. “The first night I was a little nervous. I had no idea how far I would be able to walk. All the coaches were nice and supportive and to my surprise, I walked a mile,” she said. “I felt better and walked a little farther each time. By about week eight, I walked 3.1 miles, the distance of a 5K. Even though I was pleased with my progress, it bothered me that I was always last.” She finished her first official 5K at that year’s Jingle Belle 5K in one hour and nineteen minutes, one of the last to cross the finish line. Although it was a struggle and she slept the rest of the afternoon, MacDonald was “exhausted, but delighted I had finished.”

Since that first 5K, MacDonald has finished many more, including the Scrooge Scramble this past December. She finished in less than an hour, a goal that had eluded her until then. “I no longer go home and sleep after a race. I go on to other activities in the day,” she said. “On Saturdays in the winter I train or have a race. Then I go right from walking to Special Olympics cross-country ski practice at noon. There is no way I could have done that five years ago.” With the help of her doctor, MacDonald has been able to lower her diabetes medications and her goal is to eventually stop most of the medications she’s on. “By continuing to walk I hope to lose more weight, feel better, improve my health, reduce the number of my medications, continue to improve my 5K time – I’m still competitive and don’t like being last – and finally, to enjoy life,” she said. If you enjoyed this post, you might also like:
Photo Credit: (main image) Whitney