BCBSM Foundation, For You 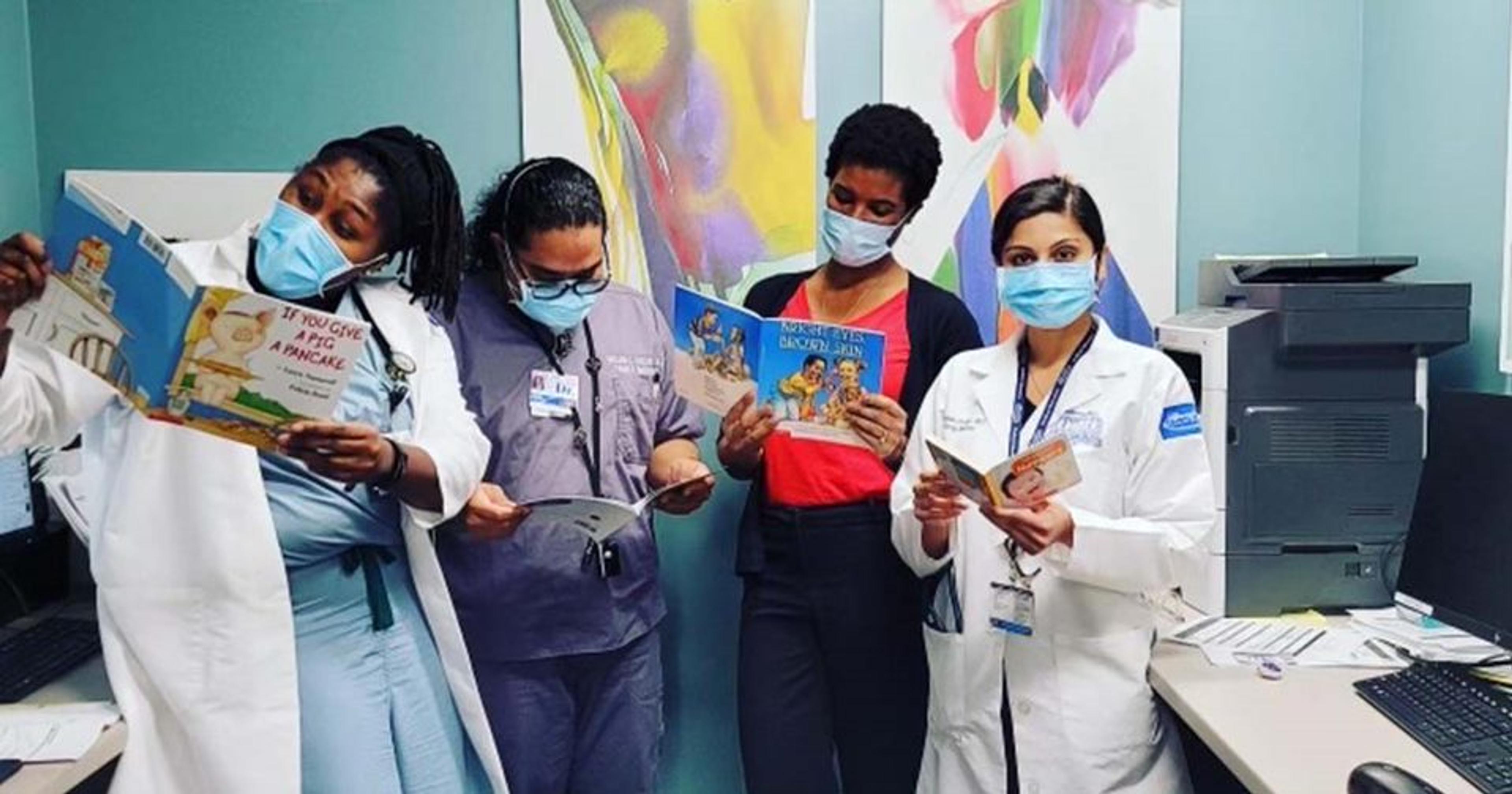 Currently in the United States, only about 60% of women attend their postpartum visit. These are checkups scheduled to give ob-gyns the full scope of a new mother’s physical, mental, and emotional health 6 to 8 weeks after giving birth.
That figure is even lower in Detroit, according to Henry Ford Health (HFH), which states that just 32% of women show up for their postpartum visits.
“We think we know why women in general skip these visits, they’re focused on their baby, right?” Said Dr. Richard Bryce, the Henry Ford Hospital Family Medicine Residency Program Director. “And at Henry Ford, with it only being 32%, once again there’s probably more to the story, like it could be transportation or other things, and of course taking care of the baby is one of those things.”
Bryce and a team of health care professionals and researchers at Henry Ford hypothesized that if women are skipping postpartum visits but are more likely to take their babies in for their newborn visits and two-month visits, it may be best to combine those appointments.
“That way, the mother doesn’t have to worry about going to multiple visits for herself and multiple visits for the baby,” Bryce explained. “So, that’s where this ‘2 Generational’ idea came from.”
‘2 Generational’ or ‘2Gen’ is a pilot program launched by HFH with the aid of the Blue Cross Blue Shield of Michigan (BCBSM) Foundation’s $9,500 Physician Investigator Research Award, which HFH received in 2021.
A driving force behind 2Gen is a desire to address health care disparities in Detroit. According to HFH, Black infants die at a rate of 14.8 per 1,000 live births – a rate that is 33% higher than that of comparable white infants.
HFH is in the middle of 2Gen’s yearlong pilot now. Bryce said improving postpartum and newborn care is crucial in providing education, support, and improve access to postpartum care for new mothers and their infants.”
“It’s a lot different in other countries, and there are other places in the U.S. that do these sort of combined visits, but it’s not very common,” Bryce said. “We think that if we can get the mom and the baby to come together, more women are going to get seen. And we’ll find this in the research, but we think when the mothers are getting seen more often than the statistics show, they’re going to be healthier. And if mothers are healthier, babies are going to be healthier. We’re hoping we’re going to see direct benefits and indirect benefits, as well.”
“Improving maternal and infant health outcomes in Michigan will always be a high priority for the Foundation,” said Kelly Brittain, senior program officer with the BCBSM Foundation. “Pilot projects like 2Gen aim to do just that, and we are proud to collaborate with Henry Ford Health as it attempts to make this thoughtful, convenient and efficient style of appointment more common in the world of health care.”
Bryce said the BCBSM Foundation grant went directly toward training health care professionals to conduct these unconventional appointments, because they previously had no experience in doing so. The grant also funded research – including surveys to gauge the appetite for these combined visits – and the purchase of children’s books, which are given to mothers during the appointment.
“This is pretty exciting because for our patient population specifically in Detroit we see a lot of issues with literacy and challenges there, so another incentive for patients to come see us is their child gets a free book every time they come see us,” Bryce said. “This is a partnership we have with ‘Reach Out and Read,’ a partnership with Scholastic Books. So, this is a small area where some of that grant funding has gone, making sure that, ‘Hey, reading is also a part of health in our minds, especially in our population.”
Bryce said building on 2Gen will be based on the data HFH collects in January, once the pilot concludes.
“Once we get more solidified data, we’ll look at organizing that data and figuring out how to write it up and present it,” he said. “And I think once we get to that point, we’ll figure out the next step. So far, patients have been very supportive of it. The physicians and the providers have been very supportive of it, as well. And everyone seems to think this makes a lot of sense. Why it hasn’t really happened on a large scale before, everyone kind of jokes about that. But hopefully we can see background data and utilize this as information to grow and maybe even start changing some hospital policies so that this becomes an option for everybody.”
For now, Bryce said 2Gen’s early returns have been very positive among new mothers.
“The mothers have been so appreciative, we hear things like, ‘My baby was born three days ago, I’m still figuring out how to take of everything right now, and the fact you’re bringing me in at the same time as my baby so I don’t have to find someone to babysit when they’re a week old? It’s really great,’” Bryce said. “It’s been all positive for the people who have been able to take advantage of the visit.”
The BCBSM Foundation is always interested in innovative, evidence-based, and community-generated solutions to improve Michigan's health through access. Get more information about our grants opportunities at bcbsm.com/foundation.
More Foundation stories:
Photo Credit: Richard Bryce/HFH