Distance Runners with Diabetes Share How They Stay Fueled 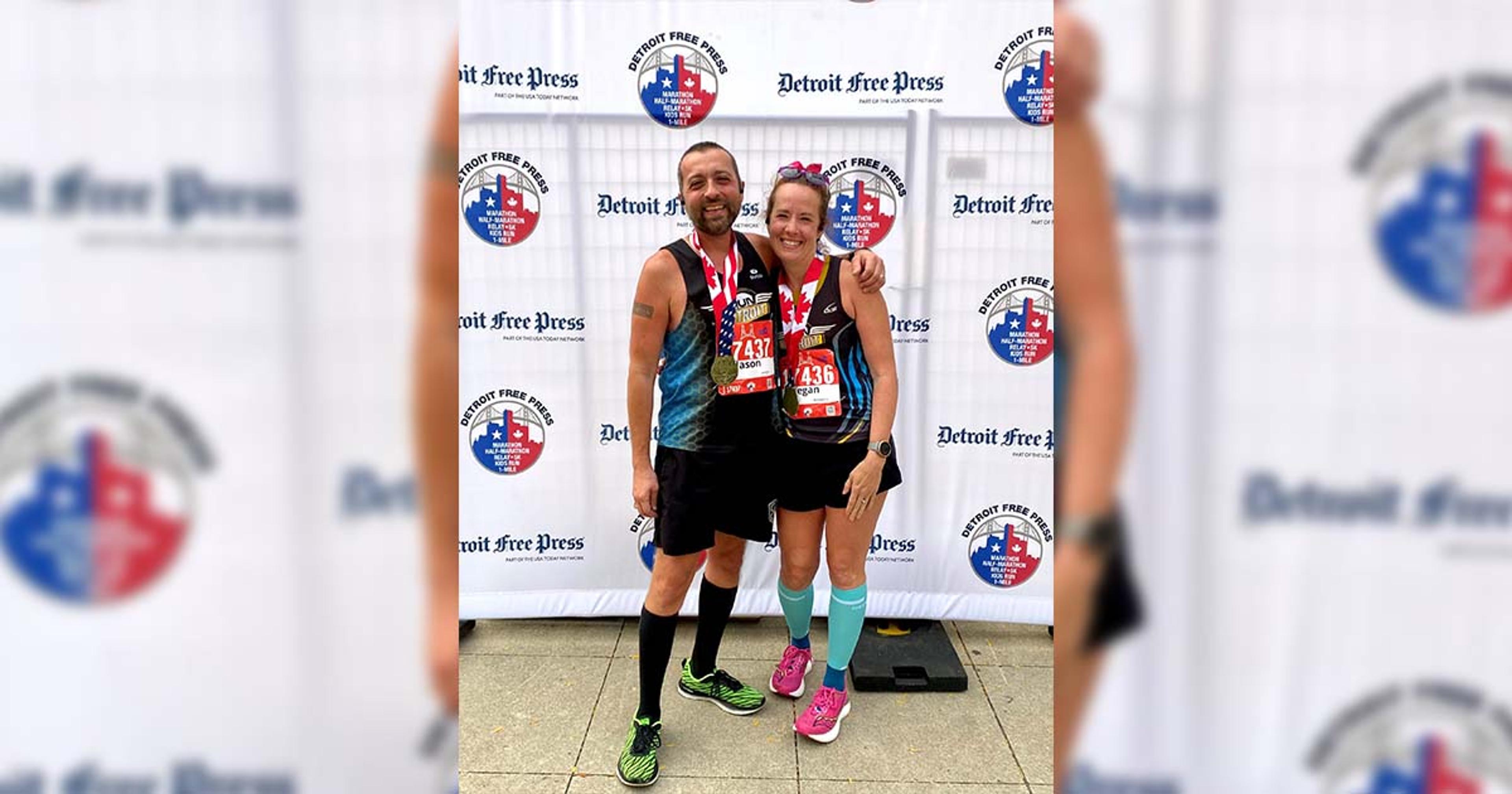 For some distance runners, carb-loading before a big race is as simple as eating a plate of spaghetti or some pizza.
For Jason Warzecha, 42, a Blue Cross Blue Shield of Michigan member living in Detroit, race preparation is far more meticulous. That’s because Jason has type 1 diabetes, a condition he’s been living with since age 12. It means his body produces little to no insulin, which is the hormone that allows sugar to enter into the cells from the bloodstream.
Athletes with diabetes, especially those in highly aerobic sports like distance running, have to carefully monitor and manage their blood sugar levels to ensure they have enough energy to sustain themselves during their exercise as well as during their recovery periods. During a period of activity, blood sugar levels may fall or exacerbate levels that are already dropping. Selecting the right foods, coordinating with the correct amount of insulin and preparing snacks to maintain their energy are important. The risks for athletes with diabetes is blood sugar levels that are either too low or too high – which could lead to serious problems.
Warzecha keeps careful track of everything for his training runs: what he ate, whether he slept well, how many units of insulin he used and what the weather conditions are. It’s allowed him to hone his diet to know how different foods affect his blood sugar, and how to prepare for different conditions. What he would eat before a run, for example, on a high-humidity, hot day in August is much different than what he would eat before a run on a 60-degree day in November. He recently completed the International Half Marathon as a part of the Detroit Free Press Marathon this year.
“For me and a lot of people living with diabetes– it’s finding the foods that work for you as an individual and what your gut can tolerate,” Warzecha said. “There is difficulty in finding that right carb. …If I have white bread or a bagel, after six miles, it won’t sustain me. Personally, I go for wheat bread or a dark rice type carb. That will get me up and sustain me at a level that I need to be throughout the run.”
Some runners rely on chewable gels to sustain their energy mid-run. Warzecha said he’s found a drinkable version that’s easier for his stomach to handle.
Bridget Reno of Detroit jokes that she always has enough snacks on her during a run to feed a small soccer team.
Diagnosed with type 1 diabetes at the age of 30 in December 2020, Reno has taken a break from running marathons in order to figure out how to fuel her body and sustain that level of performance. Reno participated in the Detroit Free Press Marathon 10 years in a row. Now she focuses on half marathons and triathlons.
“It’s a lot of planning and a lot of trial and error,” Reno said. “I have to be a lot more aware of my sugar levels, what I’ve eaten, how much insulin I have on board.”
Before being diagnosed with diabetes, Reno said she would go out for a quick run without much preparation. Now, she has more considerations: “Is my sugar trending up? Is my sugar trending down? Is it high enough that I can go out for a run? Do I have my water bottle, do I have my snacks – have I told someone where I’m going?”
She also always brings her phone on a run for emergencies, like if her blood sugar level drops when she is far away from home.
For people with diabetes, running can be great exercise and help manage their blood sugar levels. Warzecha started running nine years ago and has found it gave him a renewed focus on his diet that he was lacking as a long-term diabetic.
“The running was the additional discipline to do what you can to stay in control. You have to do it with the goal of wanting to be successful in that race; in that sport,” Warzecha said. “Running is a mental break. When you’re out there for an hour; for two hours … there’s a lot to be said for letting your mind flow.”
It can also be intimidating to get started with running while living with diabetes. Talk to your health care provider before starting any new exercise routine.
Warzecha and Reno are both a part of the Flight Club with RUNdetroit running group and encourage anyone with questions about running while living with diabetes to reach out.