For You, Community, Stories, Health Conditions 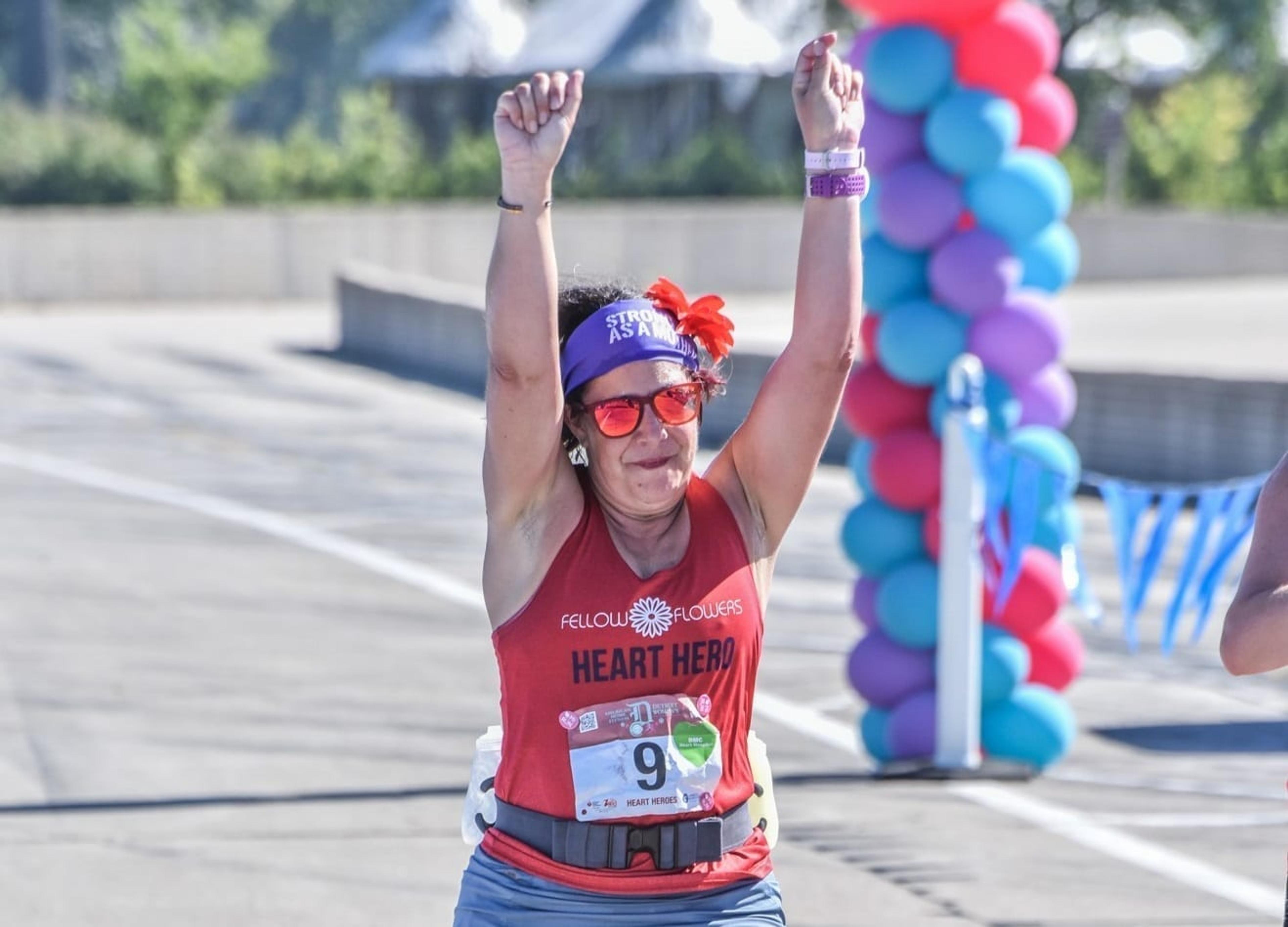 Stephanie Festian’s heart may beat to a slightly different rhythm, but those beats have propelled her to a love of long-distance running, an active family life, and advocacy and fellowship with women she calls “heart sisters”. After fainting on her way to a high school assembly, Festian was diagnosed with Long QT syndrome at the age of 18. According to the American Heart Association, Long QT can cause “fast, chaotic heart beats that can be life-threatening. Long QT syndrome can cause fainting and, in some cases, cardiac arrest.” A Blue Cross Blue Shield of Michigan member, Festian is sharing her story as part of American Heart Month awareness efforts. The Grand Rapids resident recently starred in a promo video for the American Heart Association’s Michigan chapter, which heavily promotes the organization’s Go Red for Women campaign and events throughout February. From high school hallways to a hospital bed
In 1992, Festian was enjoying her senior year and ready to take on the world as a newly minted adult. It was a Friday and she was excited to be back in school after a prolonged sinus infection and bout with bronchitis. As she climbed the stairs to make it to a Students Against Drunk Driving assembly, her heart’s rhythm caused her to faint, and she collapsed in the hallway. After a visit to the school nurse, she was released to her dad. Fortunately, he decided to take Festian to the hospital, where he saw her eyes roll back in her head as she went into cardiac arrest. As she lay in a coma for three days, doctors tested for drugs and alcohol, confused as to why a healthy young woman would collapse out of the blue. Finally, an EKG revealed the somewhat rare diagnosis of Long QT syndrome. The heart rhythm condition can be inherited or acquired, often brought on by certain medications. Festian’s doctors believe she was born with the condition and medication she was taking to fight off illness likely caused her heart rhythm to become erratic. Some types of Long QT can be set off by a sudden noise, doorbell or alarm clock. “I am so appreciative that I don’t have that kind,” Festian said. Finding a new normal After the initial diagnosis, “I was terrified all the time,” Festian said. Having grown up on the east side of the state, she moved to West Michigan to attend Grand Valley State University. Being away from home and walking around with a congenital heart condition filled her with worry. At the time, doctors advised her to not do any strenuous exercise. “I had a lot of anxiety,” she said. “I wish there had been some mental health help offered.”
Still, she met her now husband, Jeffrey, during her time at GVSU. She credits him with balancing her anxious tendencies and giving her “tough love” when she needs it. The couple went on to have three daughters and while Festian’s pregnancies were considered high-risk, all three girls were born healthy. Because of the genetic risk of passing down Long QT syndrome, they were tested for the condition. Her two oldest are not carriers, while her youngest tested positive. Festian finds strength in other women with heart conditions. Some of her “heart sisters” have had heart transplants and are living full, vibrant lives. Festian is doing the same, noting “there are still times when I’m mentally scared of it all,” but acknowledging that’s a normal part of a journey when you live with a chronic health condition. Through her heart sisters, she knows she’s not alone, and can also serve as an example to her daughter. As an aide for students with cognitive impairments, Festian has also been able to make heart connections with some of her students with Down’s syndrome who have needed heart surgeries. Moving forward, miles at a time Now 46, Festian discovered running about seven years ago. She’s grateful that organizations like the American Heart Association fund research into disorders like Long QT. Because of advancements in knowledge, exercise isn’t discouraged for people with Long QT syndrome anymore, opening this new outlet for her. When she started running, Festian had a 40th birthday looming and didn’t feel she was modeling good health habits for her girls.
“I needed to change that for both myself and them,” she said. A trip to Disney World inspired her to train for and complete her first half marathon – the Disney Princess – in 2014. After that she connected with and joined the Gazelle Sports training group and has completed several half marathons and other race distances. She also served as a Girls on the Run coach at her daughters’ school. “I can do whatever I want athletically and physically as long as I pay attention to my body,” she said. In 2015, Festian also had a pacemaker implanted to ensure her heart rhythm stays in check. She also uses an app that lists medications to avoid so she can quickly cross-reference her prescriptions to avoid triggering her Long QT. She also finds it important to share her journey to encourage others who might have just been diagnosed. She plans to wear red on Friday, Feb. 7 and attend her local Go Red for Women luncheon the week after – she’s even putting together one of the auction items for the event to further support the important fundraising work of the American Heart Association. She also has served as a “heart hero” at races to further raise awareness of heart health and heart conditions. “I always feel like it’s important to share,” she said of her story. Her heart isn’t always on her mind anymore. Her family skis and enjoys active pursuits together. Festian does everything other women do, she just happens to belong to a tribe of heart sisters and others who share intricate heart histories. Read more heart health stories:
Photos courtesy of Stephanie Festian