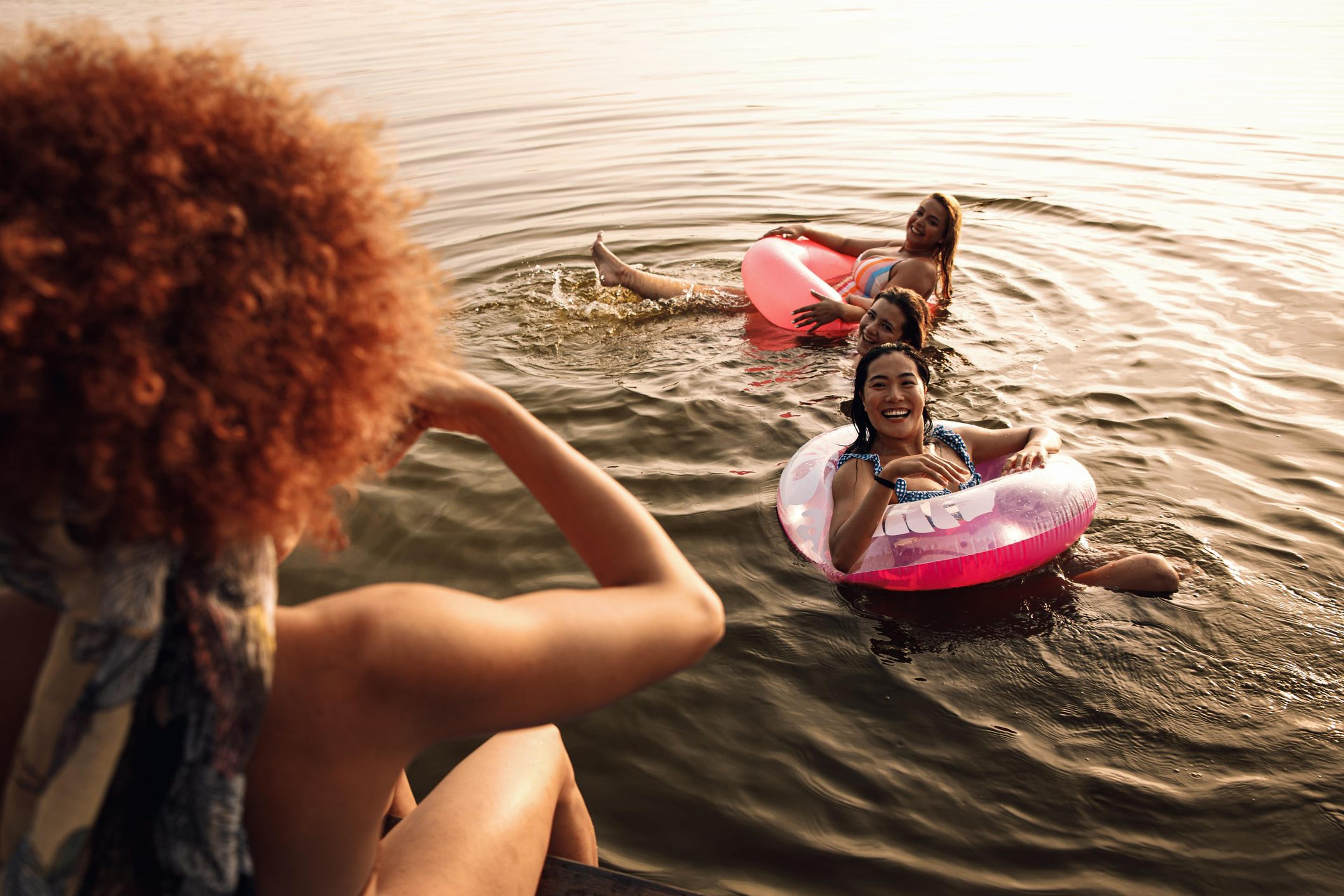 Jumping into a lake is a rite of passage during a Michigan summer. But if you leave the water with itchy skin, you may have a case of swimmer’s itch. You’re more likely to develop a case of swimmer’s itch after visiting an inland lake versus one of the Great Lakes. While swimmer’s itch is not contagious or dangerous – and is not caused by poor water quality – it can cause an annoying rash that sometimes lasts up to a week.

Swimmer’s itch is a skin rash caused by an allergic reaction to parasites that burrow into the skin, according to the Centers for Disease Control and Prevention (CDC). The parasites have a complex lifecycle that starts by infecting animals including ducks, geese, gulls and swans, as well as mammals including muskrats and raccoons. The parasites make eggs, which can wash into rivers, lakes and oceans. In the water, the eggs hatch and swim as microscopic larvae in search of their next host. The larvae are searching for a specific type of snail. Once they find the snail and infect it, another type of very small larvae is released into the water. This form of the parasite is searching for a bird or animal to infect so it can begin its life cycle again. However, if this form of the parasite finds a human, it attempts to infect it – burrowing into the skin and causing the rash known as swimmer’s itch. The parasitic larvae cannot survive with a human host, and they soon die.

Signs and symptoms of swimmer’s itch

Symptoms of swimmer’s itch include:
Symptoms can develop within minutes to days after swimming in contaminated water, beginning with tingling or itching. Within 12 hours, pimples may appear that can then develop into blisters.

The CDC advises itching can last up to a week, but it will go away on its own. Most cases can be managed at home. Cold compresses, corticosteroid creams or baths with Epsom salts, baking soda or colloidal oatmeal may help soothe the skin. Baking soda mixed with water into a paste may also help relieve the symptoms.

How can I prevent swimmer’s itch?