For You, BCBSM Foundation, Inclusion & Diversity 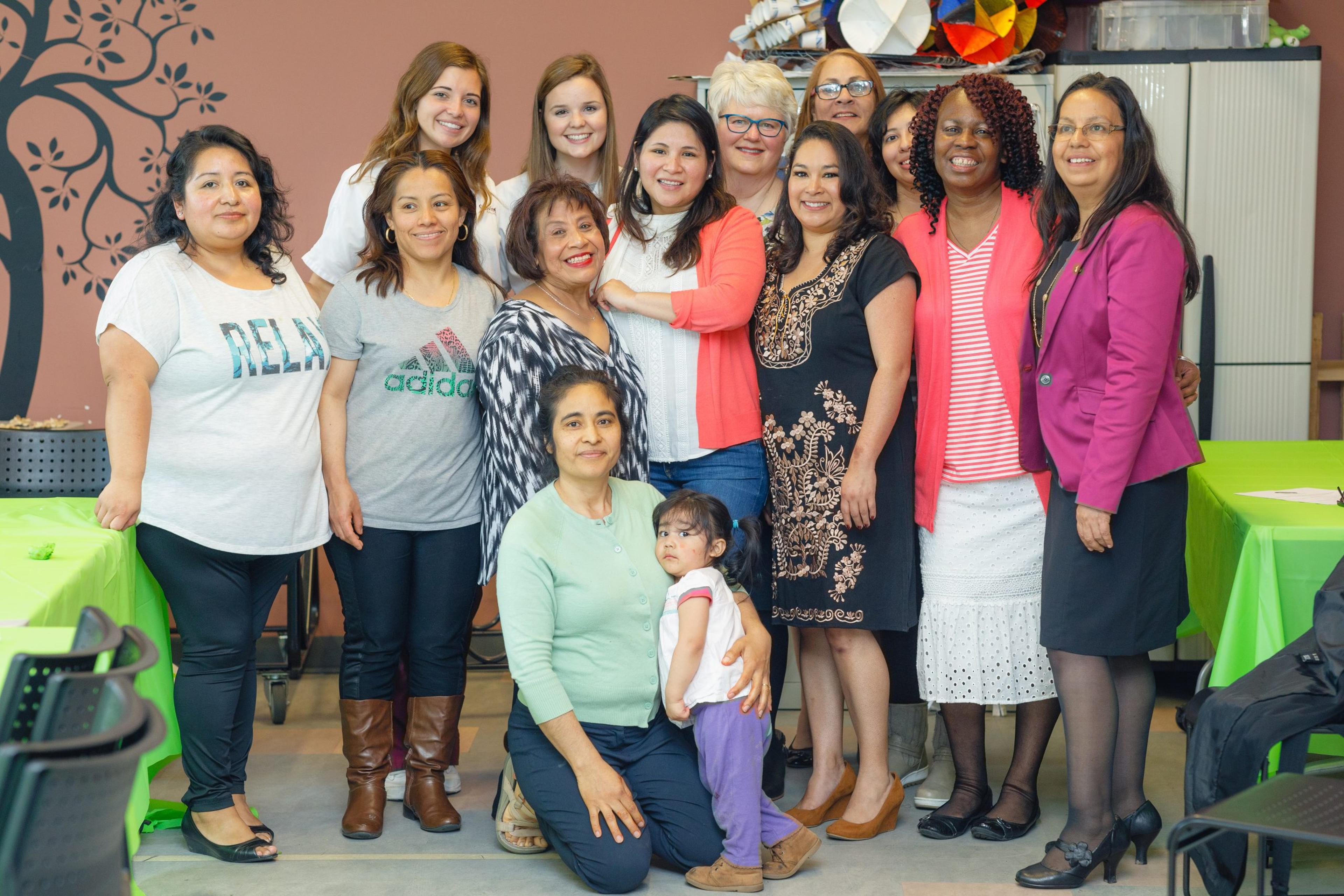 Calvin University’s Department of Nursing (CUDON) has made an indelible impact on the mental wellbeing of women living in three of Kent County, Michigan’s most underserved neighborhoods. The department’s dual-initiative program known as Women Supporting Women (WSW) teaches self-care, prevention, and coping strategies to women with symptoms of depression and anxiety. The program has proven to decrease and prevent those symptoms among women who participate. “We partner with three underserved, impoverished neighborhoods. Burton Heights is predominantly Hispanic and Spanish speaking,” said Calvin University Professor of Nursing Dr. Mary Molewyk Doornbos, who helped found WSW. “We also work with Baxter/Madison, which is predominantly Black. And the third neighborhood is Creston/Belknap which is predominantly White.”
WSW received a major boost in 2020 when it was presented with the Blue Cross Blue Shield of Michigan (BCBSM) Foundation’s Investigator-Initiated Research Award. The $55,000 grant has already helped WSW extend its reach and enrich its resources. WSW’s two initiatives are a six-session Zoom telehealth educational support group and its Mental Health Ambassador (MHA) training program. The MHA program provides further education to willing alums or “graduates” of the initial WSW group, so they can return to their neighborhoods and share what they have learned about mental health. In 2009 and 2010, Calvin University nurse faculty, Bachelor of Science in Nursing (BSN) students and lay community health workers conducted door-to-door surveys in Kent County neighborhoods to confirm the interest in mental health education and support in these areas. From there, focus groups and years of research translated into an evidence based in-person intervention. Thanks in part to the BCBSM Foundation grant, those interventions have evolved into a Zoom delivery format and are increasing in both size and frequency. “Previously, we were held to an academic semester timeline as this endeavor was part of our public health nursing undergraduate curriculum. We could only do WSW in the spring semester. Our participants would say ‘We wish you had more groups, maybe in the summer,’” Doornbos went on. “So, the grant is going to allow us to do those Zoom groups year-round. Whenever our MHA’s have assembled a group of women through their contacts that say, ‘We’d really love to join WSW,’ we’re going to say, ‘Let’s go.’” The WSW Zoom curriculum consists of sessions that address the following topics:
MHAs take additional classes on behavioral health outcome training, designed to equip them with the knowledge necessary to become ambassadors that empower and encourage others to address mental health issues. CUDON’s vision for the program is coming to fruition. Doornbos said MHAs are going out into their “spheres of influence” and doing their part to help shatter the stigma associated with being transparent about mental health.
By starting these conversations, MHAs let other women know they don’t have to keep their mental struggles bottled up, showing others from similar socioeconomic backgrounds that they shouldn’t suffer in silence. “That is one of the major barriers to these vulnerable groups seeking assistance; there’s just so much stigma,” Doornbos said. “So, the thinking is, ‘If I can talk to my neighbor and you’ve actually walked this part of depression and anxiety journey, I can feel safe sharing a little about my struggle. The MHA can, in turn, share some self-care strategies.’ These MHAs are out in the community reaching persons that I believe that as a doctorly prepared nurse researcher, I could not.” The Investigator-Initiated Research Award led directly to the recent training of a Black and Latina WSW MHA, Doornbos said. “These MHAs have enthusiastically begun their community contacts,” she proudly stated. “They are also beginning to recruit a roster of women for WSW Zoom groups.” In the future, Doornbos said she hopes the BCBSM Foundation grant will be viewed as one of the seeds that planted a sustainable model that grows in strength and size each year to address critical health inequities. She added that her goal is to one day move WSW out of academia into practice, and then sustain it in practice. The Investigator Initiated Research program supports doctoral-level researchers who focus on applied projects designed to improve the quality, cost, and accessibility of health care. The BCBSM Foundation awards these grants to researchers like Dr. Doornbos, who have made it their mission for more than a decade to implement prioritized, community-driven solutions to the issues that concern their western Michigan neighbors. Related content:
Photo credit: Dr. Mary Molewyk Doornbos/Calvin University