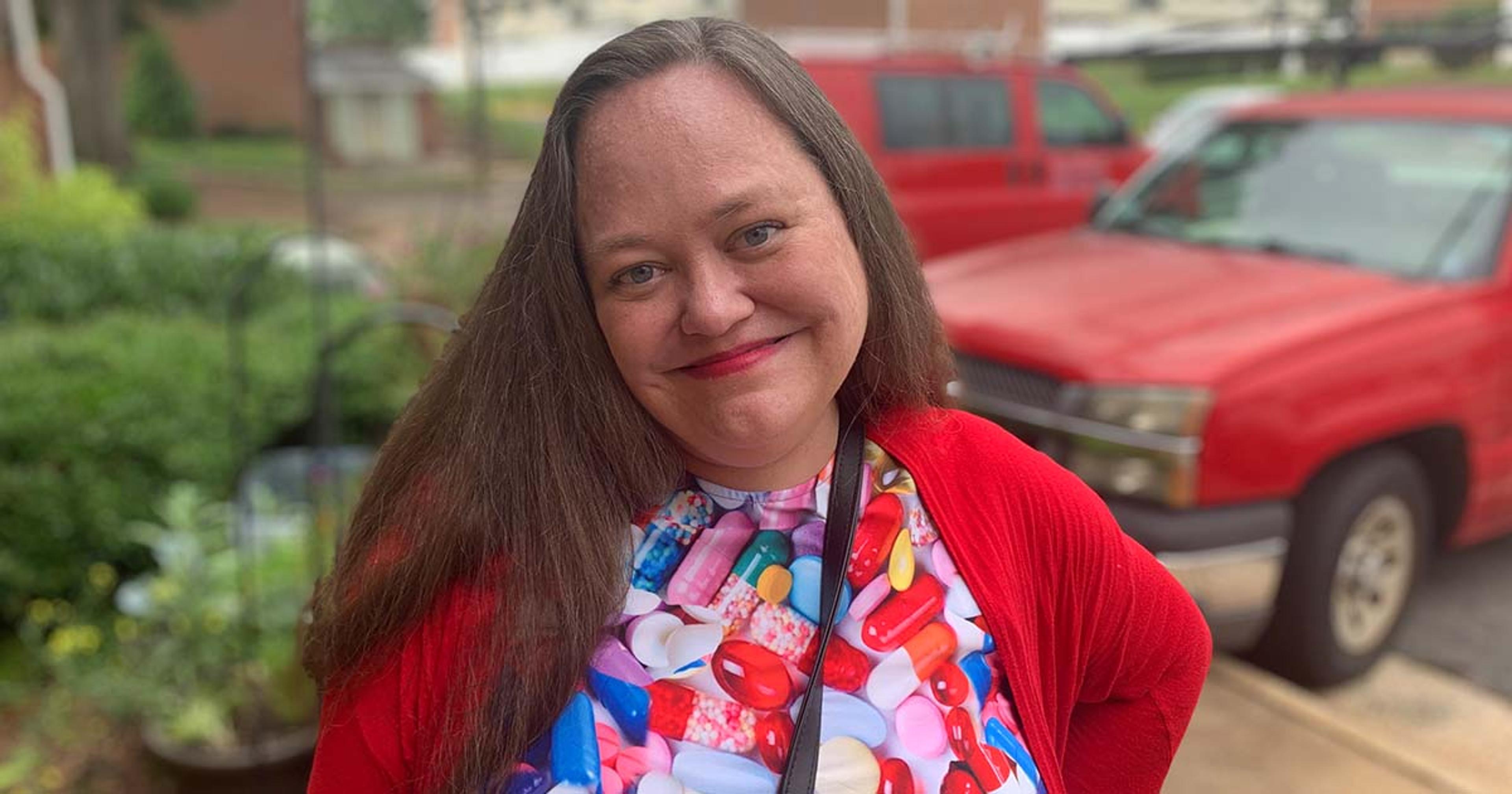 “Fight against cancer” is a phrase that signifies strength and bravery. Rochester Hills’ Amanda Crowell Itliong – who was diagnosed with a terminal case of ovarian cancer in 2015 – likes to say that she doesn’t fight against cancer, she “lives with cancer,” as in coexists with it.
To many of the people she’s interacted with over the years, whether it was as a guest speaker, advocate, project manager or simply just a friend, Crowell Itliong is the strongest and bravest person they’ve known.
“There’s a lot of patients that will say, ‘Cancer doesn’t define me,’ and use those war metaphors, but for me, cancer is kind of my whole life,” said Crowell Itliong, a longtime Blue Cross Blue Shield of Michigan (BCBSM) member, during a phone interview. “It’s what drives me to help others, it’s at the center of every decision I make every day. Everything about me is somehow connected to cancer. And that’s OK.”
Crowell Itliong has lived with ovarian cancer for the better part of 14 years, since the age of 29. In 2008, while serving as the Director of Student Public Service Leadership at Stanford University, Crowell Itliong was set to speak at a leadership conference in Denver, Colorado when she suddenly came down with “the worst pain she’s ever had.”
“It was a 10 on the pain scale for sure,” Crowell Itliong recalled. “I was in Denver for a conference, and I was about to go downstairs to give a presentation and instead I ended up in an ambulance with this terrible pain. And we found out it was an ovarian torsion. Which means that your ovary has twisted around on the tube, and there’s no blood flow. Basically, the ovary is dying, that’s what was hurting so bad.”
Crowell Itliong underwent a quick procedure that night, thinking she’d be on the road to recovery when it was over.
“I woke up later in this hospital, far away from home, by myself with no contacts in, and a nurse came up and said, ‘Oh, I’m so sorry to hear you have cancer,” she said. “Nobody had even told me there was a possibility of cancer. It was super shocking.”

Between 2008 and 2015, Crowell Itliong’s ovarian cancer has recurred three times. In retrospect, she said she experienced two of the four main symptoms synonymous with ovarian cancer risk, which are:
“I had bloating that would last a long, long time,” she said. “And I had pain in my pelvis and back.” Crowell Itliong has received every type of treatment imaginable, from chemotherapy to targeted therapy to clinical trials, which she’s participating in now.

A life dedicated to cancer advocacy

Crowell Itliong wears a cheery, upbeat attitude like it’s part of her wardrobe. As if her daily demeanor isn’t courageous enough, she dedicates a good chunk of her time to volunteering and public speaking as a cancer advocate.
Her work ethic, despite a constant battle with cancer-related sickness and bouts of low energy, doesn’t seem fathomable. The 43-year-old defiantly turned a death sentence into a life as rewarding as one can dream up.
“I feel so lucky,” she said. “The hardest part is watching people I love and know through the cancer world die around me. That’s the toughest part by far. But I feel like it’s my responsibility to carry their story with me and represent them, too, in the work that I do.”
Crowell Itliong took the skills developed during a career in higher education and applied them to public speaking, volunteering, and cancer advocacy.
One of her many endeavors includes speaking on behalf of the Survivors Teaching Students (STS) program, in which ovarian cancer survivors speak to students at various medical and nursing schools. She’s also a patient advocate for the American College of Radiology (ACR), where she became the first patient ever to co-chair ACR’s Commission on Patient- and Family-Centered Care.
But Crowell Itliong’s proudest project yet might be her role as project coordinator for “BVOGUE,” an acronym that stands for “Black Voices On Gynecological Cancer Understanding Experiences. BVOGUE consists of a 21-person team of patients, doctors and epidemiologists.
“Basically, what we do is qualitative research through focus groups. The point is, Black cancer patients face the worst outcomes in gynecologic cancer,” she said. “Nobody before has really just asked them directly what their cancer care is like so that we can spread their voices and let them tell the story. We’re here to amplify that through research.” A 2021 Crowell Itliong Tweet was the catalyst for BVOGUE. She credits her involvement in the BCBSM-funded Michigan Oncology Quality Council (MOQC) for helping her launch BVOGUE.
“As a white woman, I step back and let them be the voices. My role is just to keep everything moving as project manager,” she said. “We had five grants our first year, from a little tiny grant to a $50,000 grant from the Cornell Center for Health Equity. It’s incredible.”
Crowell Itliong says her palliative care has helped her increase her energy, manage pain, and sleep better. She said doctors haven’t given her a specific life expectancy – she’s just living the best life she can for as long as she can.
“What terminal means is, if I died in the next six months people wouldn’t be super surprised,” she said. “But I think people who know me probably would be surprised, ‘cause I think I got a lot more left in me. And to me, it’s not really about time anymore, it’s about quality of life. I really have my sights set on continuing to work with my oncologist and with palliative care on finding the best way to maximize my day-to-day life. That’s what I’m focused on.”
Crowell Itliong said the most important piece of advice she can offer fellow ovarian cancer patients is to try not to fear recurrence.
“Fear of recurrence is something that often weighs on people so much,” she said. “I’ve lived recurrence for many, many years. And I just noticed that I have a better, happier life than patients who are frozen by fear of recurrence, patients who haven’t had any more problems. So, what I would just say is, concentrate on the living part. No matter if you have cancer or not.”
Photo credit: Amanda Crowell Itliong
Read more: